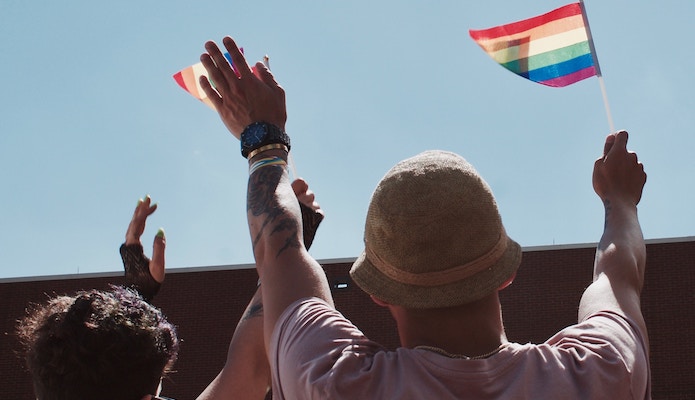 I’m sorry, but you don’t need a “Straight Pride” celebration. I completely understand that each June, when people flock the streets wearing rainbow-colored everything, you feel like your significance diminishes. However, let’s remember that there are some significant reasons why Pride Month exists. On top of that, there are many places where straight people rule the world. If you don’t understand, then keep reading.

For starters, nobody forces straight people to hide their sexuality.

When you’re in the minority, you often feel obligated to conform. The majority sets the standards, and anyone who doesn’t conform faces discrimination and hostility. For members of the LGBTQ+ community, that often means staying “closeted” or carefully planning when to come out and who to share this information with. Straight people merely live their lives, freely dating whomever they choose without fear.

You don’t need to celebrate your sexuality if you’re straight, because everyone already accepts you by default. A scene in the film Love, Simon perfectly demonstrates just how ridiculous “coming out” would really look for people who identify as straight:

Pride Month festivities provide members of the LGBTQ+ community an opportunity to openly express themselves. Straight people do this 365 days each year, so they don’t need their own “pride time.”

Members of the LGBTQ+ community constantly find themselves under fire. Whether county offices refuse to provide marriage licenses, businesses refuse service, or our own president threatens to strip their rights, openly LGBTQ+ people live under constant discrimination. When’s the last time someone refused to allow a straight, white man into a restaurant based on his sexual orientation?

While I fully believe in equality, people who already receive more rights and respect than other groups do not need formal protests or time in the spotlight. Nobody is flogging you for being straight, but they are beating up people in public for being lesbian.

1 in 4 members of the LGBTQ+ community still report regular discrimination. Straight people never experience this type of discrimination, so they don’t need a parade to protest for equal rights.

The first Pride Parades blossomed out of the 1969 Stonewall Riots. Eventually, the last Sunday in June became “Gay Pride Day.” However, the United States didn’t officially recognize June as Pride Month until 1999. Pride Month and the many parades hosted in major cities help us remember these important moments in history, just like fireworks shows on July 4th mark the history of America’s independence.

The first recorded evidence of marriage ceremonies uniting one woman and one man date back to ancient Mesopotamia. However, nobody ever protested these marriages and heterosexual relationships. Heterosexuality has literally been the accepted norm for as long as recorded history has existed.

There’s no landmark laws or rebellions in the history of heterosexual relationships. Straight people don’t need annual celebrations to remember how far they’ve come because no laws ever prevented their relationships from existing. They never struggled against oppression and there’s no need to celebrate that.

In case all of that was too long for you to read, here’s the meat and potatoes: There’s no “Straight Pride” because straight people can literally embrace their freedoms every single day of the year. If you’re straight, you’ll never lose your rights or status. So, let us don our rainbow gear and enjoy this one month of celebration and remembrance.

Photo by Joshua Stitt on Unsplash