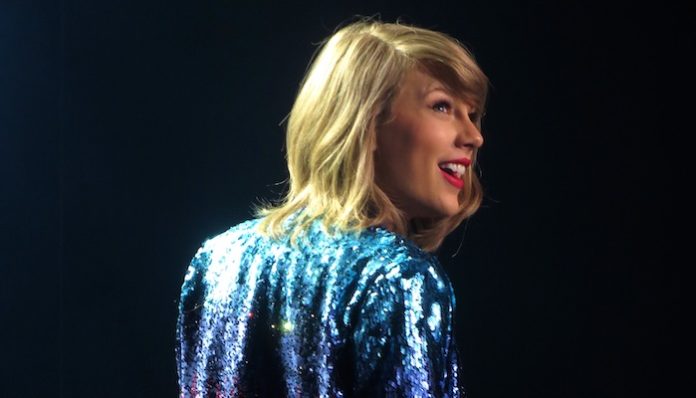 Late last night, Taylor Swift dropped her new single, You Need To Calm Down. The song’s video arrived after she went live on Instagram to announce her new album, Lover, which will hit shelves and start streaming on August 23.

Currently, the YouTube video for You Need To Calm Down is “lyrics only” because Taylor wants us to hear the song before seeing the video. She said, “I wanted you to hear the song first, then see the video. Because the video is very worth the wait. There’s a lot going on in the video, so I wanted that to be a separate discovery.”

Even with the poppy lyrics and catchy beats, there’s a lot for us to discover in this new single.

Swift attacks internet trolls with lines like, “Say it in the street that’s a knock out/But you say it in a tweet that’s a cop out.” Then, she throws in beautiful tributes to the LGBTQ+ community by mentioning GLADD, Pride parades, and men wearing dresses. She also calls out anti-Pride protesters, saying they’re “in the dark ages,” and continuing with, “’cause shade never made anybody less gay.”

None of this should surprise us, as Swift just donated $113,000 to a Tennessee LGBTQ+ advocacy group back in April. She also wrote a letter to Senator Lamar Alexander (R-TN), urging him to vote for the Equality Act.

Furthermore, the timing of Taylor’s release serves as a perfect stab back at a Tennessee pastor who criticized Swift earlier this month during an anti-LGBTQ+ address to his congregation.

Although Swift never directly connected the song to the LGBTQ+ community, she said, “[You Need To Calm Down is] about how I’ve observed a lot of different people in our society who just put so much energy and effort into negativity, and it just made me feel like, ‘You need to just calm down, like you’re stressing yourself out. This seems like it’s more about you than what you’re going off about. Like, just calm down.’”

I’ll be honest: I’m not at all a Swiftie, but this song has me dancing around and loving every moment.

As an openly bisexual woman, I’m incredibly thankful that Swift is such a powerful ally to the LGBTQ+ community. Taylor Swift shows us that it’s easy to accept and embrace everyone with open arms if you simply allow yourself to do so. If we all took a note from Swift’s latest single and just “calmed down” for a few, the world would be a much better place.

Why I Want To Conquer The World With You By My...