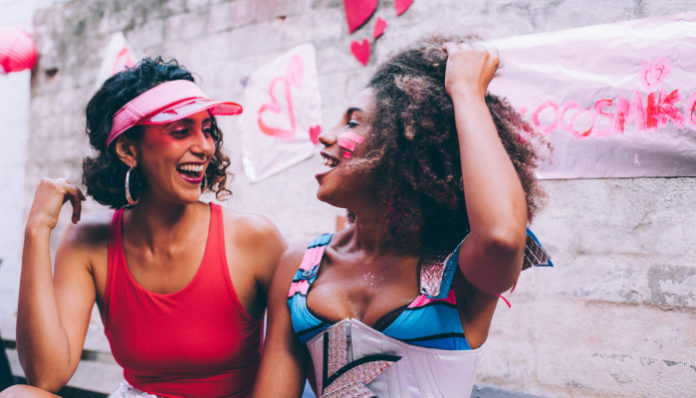 Being a part of the lesbian community isn’t always easy. People constantly invalidate and ridicule us in both overt and subtle ways. You might not even notice the ridicule lesbians face because it doesn’t affect you. We know that most non-lesbians mean no harm, but people invalidate us on accident all the time. Other times, they do it on purpose. Regardless of their intentions, people say damaging, hurtful things to us every day.

So, I reached out to the lesbian community and asked them, “Which phrases about lesbians drive you the craziest, and why?”

Here are the five phrases that came up the most. Some of the quotes may surprise you, so keep an open-mind, and get ready to learn:

Maybe this phrase sounds progressive to you, and I’m all for breaking binaries, however, as one respondent said, “Some people’s sexuality can be fluid and they can feel a range of attraction to people, but some of us aren’t [sexually fluid]. [This phrase] drives me wild.”

As a lesbian, I’ll never be attracted to men. It took me years to feel comfortable with my sexuality. Society constantly tells lesbians that they have to love men in some capacity, but in reality, that’s just not the case. It’s no surprise that a majority of lesbians cited this statement as their least favorite thing to hear.

When I first came out, I heard both of these phrases, mostly from people I trusted, and mostly with good intentions. People just don’t seem to understand that we know what we know. One respondent said, “[This phrase] makes me feel trapped because you can’t explain a feeling or an attraction. It’s just there. There are no words, no experiences that can justify a feeling that’s…  present inside of you.”

We don’t ask straight people to justify their attractions, so why do we do it to people who aren’t straight? Look, if we could tell you why we feel the way that we feel, we would. It would make things easier for all of us. Trust me.

While there are more and more people coming out today, it doesn’t mean that being a lesbian is a trend. Correlation does not equal causation. There are a ton of factors that contribute to why more people are coming out. The LGBTQ+ community is becoming stronger, and it is safer for more people to live out their identities. While it may seem like today, there are more people who identify as lesbians, it’s not because there are more of us than before. It’s because we feel safe enough to come out. The notion that we are using the “lesbian” label as a trend is not only untrue, but it’s also insulting.

4. “Lesbians can only use she/her pronouns.”

Many people mistakenly assume that that a lesbian is a woman who is only attracted to other women. This definition, however, excludes non-binary lesbians and lesbians who have a more complicated relationship with gender. Pronouns do not necessarily equate to a person’s gender, and someone who uses they/them or he/him pronouns may not identify as a man. Over 17% of my survey’s respondents do not identify with she/her pronouns, and they are still lesbians.  A lesbian is really a non-man aligned person who is attracted exclusively to non-man aligned people.

Lesbians do not need to prove their sexuality. Asking these questions is just another way of saying, “I don’t believe you.” There are so many reasons why a lesbian may have identified differently in the past. A lot of lesbians feel a sense of shame attached to their identities and either try to push them away or hide them, which is how some of us end up with men before we feel fully comfortable with ourselves.

It is incredibly harmful to question someone’s identity. It also puts a strain on your relationship with that person because it makes them distrust you. If a person’s attraction fits the definition of lesbianism, it is important to trust and validate that person’s sexuality.

At the end of the day, it’s extremely important to think about the things we say. Even if you don’t mean to hurt others, your words have implications beyond what you know or understand. I truly hope this list was informational and opened your eyes to the lesbian experience, especially the struggles we experience every day.

How Judging Everyone Actually Affects Your Own Self-Esteem