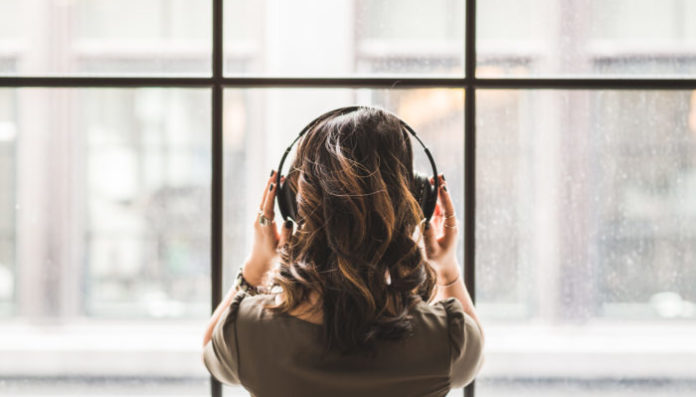 Handwriting is slowly becoming a lost art form. Sadly, kids of this generation will never fully appreciate it. There’s a certain satisfaction that exists when pen meets paper. Handwriting has a life and a personality. It can exist in a space that is known and understood. It has to be crumbled up to be destroyed or crossed out to be removed. You can follow a pattern of thought through doodles and scratches.

I should preface, that I use the term “writer” loosely because my version of writing is a straight stream of consciousness.

Usually at late hours of the night stored in my iPhone’s memo pad. It’s a sacred place of nonsensical nothingness that feels profound and poetic in the moment, only to be read back in the daylight with utter embarrassment. Sometimes it’s musical, sometimes it’s almost funny. It doesn’t have any sense or purpose.

Being a ‘writer’ is a beautiful cycle of self-doubt while trying to reassure yourself that those words you wrote just as you were falling asleep have meaning and purpose. But they don’t. The melody you had in mind is a recycled accidental cover of a Taylor Swift song you heard at a Walgreens while buying tampons.

Telling an original story is the goal but it feels impossible. Due to the fact that variations of the story you’re writing, reading or watching has probably happened to someone you know or a borrowed experience. There are roughly 8 basic plots that have existed since Shakespeare.

It’s up to you, as the writer, to figure out how far into the story you’re gonna kill your main character or the perfect moment for a car crash and who will get replaced by their long-lost yet, equally convenient identical twin to pop up just to keep it interesting.

Getting an idea is exciting because it comes with a rush of creativity. My brain tends to work faster than my ability to type it all out.

The relationship between an artist and its muse is both intimate and infuriating. It’s like a sword fighting match held in candlelight. It leads to an endless cycle of “Is this good (enough)?” It’s only on the good days that you can push through the self-doubt and make it feel like something.

As a writer, self-doubt is my domain.

It’s my comfort, which is weird. It shouldn’t be that way. It makes us think while simultaneously questioning our work in the hopes it will push us further. Self-doubt keeps me confined to my post-it size comfort zone. I’ve heard musicians talk about “writing a hit” and when it happens, you know and the song can’t flow out fast enough. The song is written in under 30 minutes. But I haven’t had that moment yet. Maybe because I want it too badly in the hopes of finding a purpose. Maybe because I know at the very least, I want it to matter. If it matters, let it matter.

When attempting to write music, the idea tends to linger; the lyrics get stuck in my head for days or resurface weeks later while serenading my shampoo bottles in the shower. “This is good”, I think to myself. Then seconds later “18 versions of this lyric exist already” “This lyric doesn’t have any actual meaning” “This is dramatic and awful” “Turn the lyric on its head, maybe you’ll find meaning in it then….ugh gross”. A very real glimpse into my thought process.

Overcoming self-doubt isn’t easy, you have to train yourself to believe whatever your creating is decent. Be realistic and set goals that are legitimately attainable for your writing. That doesn’t mean it’s awful, but serves no value putting it on a pedestal for the sake of your own ego. Don’t tell yourself it’s incredible because it’s probably not and nobody likes the person who thinks that highly of themselves. It’s revolting and pathetic. I have a deeply rooted pet peeve of people who put themselves on a solid gold soapbox because they think they’re amazing only to discover their soapbox is actually made of dirty tin foil.

You can’t consciously search for a muse in the hopes your idea will hit you in the face. Well, you can…but it’s cheating. A forced idea is rarely a good idea. It’s the moments where you forget a pen and want to scribble your idea on a napkin for the sake of nostalgia even though you have immediate access to your phone’s memo pad inches away from you that the muse will make its presence known. Then it flees again.

But you have to push through. It can be awkward and weird. It may start to feel borrowed or inorganic to the original concept but eventually, the idea will find its way home. It doesn’t help to mentally compete for your under-developed concept against an award-winning piece in the same category. It’s even harder to compete in a space where you already feel unoriginal.

Maybe it’s my own personal self-doubt talking, but anytime I think of ideas for anything my brain instantly shuts them down immediately. It’s become a fun internal dialogue I have with myself. Similar to the dialogue I have when I need to talk myself out of buying stuff I don’t need on Amazon.

I don’t understand why self-doubt plays such a key role in my process because I could definitely do without it. It has nothing to do with the quality of the idea itself or its storytelling potential, it’s just part of my muse.

My muse enjoys knocking me down a few pegs. It likes to keep me humble.