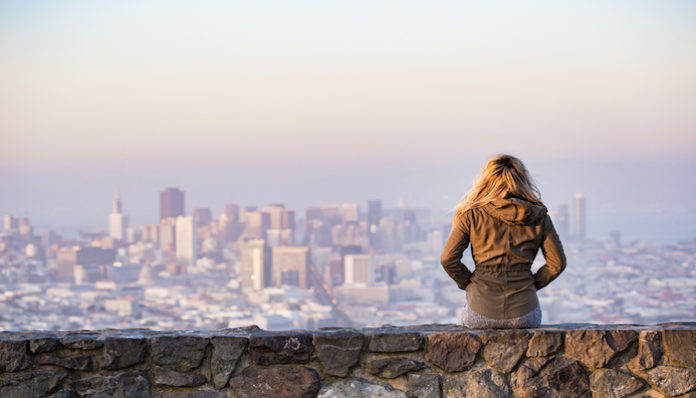 “I don’t see myself marrying you.”

This was the excuse my friend’s ex-boyfriend gave her for breaking it off. It was as direct and brutal as one can imagine a breakup.

He may as well have said, “I’m waiting for something better. I’m waiting for someone who isn’t you.” Of course, that doesn’t mean she isn’t fabulous and amazing, despite her ex’s reasons for not wanting to date her. She is most definitely a wonderful person.

This guy just wasn’t feeling it. While she’s okay now, it took a while for her to start moving on. She would text me long paragraphs about how he wasn’t mature enough, how he must have gotten scared that he was having intense feelings, and probably would come crawling back.

How do you tell a friend going through heartache that the guy just isn’t into her? Perhaps it’s easier for me as an outsider. Lord knows we’ve all been on the receiving end of a crappy breakup.

I once had a guy I was totally crazy about saying that he loved the idea of me, but not me. He essentially said I was good on paper, but not so luminous in person. I was dumped for being a human being with flaws.

During the many times such as these, I’ve certainly tried to convince myself that there was something I had missed. We try to read between the lines to make the pain go away. We don’t want to simply accept the truth: The person we loved didn’t think we were good enough for them. They did not love us back.

Why can’t we just get over an ex and let go of a person who doesn’t even want us? Why do we revel in the pain?

When we get dumped, we don’t want to accept that this person wasn’t into us. This isn’t good enough. We need to attach significance to every single word and action that took place before and leading up to the breakup.

We practice cognitive dissonance as a means of self-preservation. We may have all the facts in front of our faces: He was aloof throughout much of the relationship, he was distant, he never called, he said he didn’t want anything super serious. But to accept that he wasn’t into us is not okay with our psyches. We can’t accept this.

We must, instead, make every excuse we can think of to make ourselves feel better about the situation. Instead of accepting that this person just wasn’t interested in being with us, we rationalize any and every detail in order to create a storyline to reflect that this was the other person’s fault. We likely look pretty bonkers to our friends and family, but it makes perfect sense when it’s happening.

At the of the day, coping with and accepting that the reason someone didn’t want you was anything other than their own idiocy, is just too damn hard. How can you justify that outcome to yourself?

We’ve spent the majority of our adult lives looking for self-love and happiness. It’s too much to bear that someone wouldn’t want us simply because they aren’t interested in us as people anymore. So, instead, we just muck up the events of the past to make ourselves feel okay about the whole thing. It makes moving on to the next relationship less terrifying, but possibly more deluded.

When something traumatic like a breakup happens, it’s a lot easier to get lost inside of your own thoughts than it is to accept what is literally happening in front of your face. And this is where we find the most dangerous thing of all, the thing that stops us from trying to get over an ex and letting go of someone who doesn’t want us: hope.

If you can convince yourself that the other person made a mistake and that he’ll be back, you have plenty of material to obsess over. Once you plant a seed of hope, you plant the beginnings of many months of going over details in your head.

What could you have done differently? Why didn’t you see this coming? Why didn’t the other person want to make it work? Why didn’t they try harder? We make up a bunch of answers to these questions, none of which are the truth: Your ex did not want you. He did not think you were worth sticking around for or that the relationship was worth fixing.

Your ex was not right for you. You have got to let go. I mean, you won’t, but you should.

Why Love Is Love, No Matter The Age

Learning To Swallow The Hardest Pill: Taking Your Own Advice

Your Go-To Guide For Giving The Best Wedding Gift