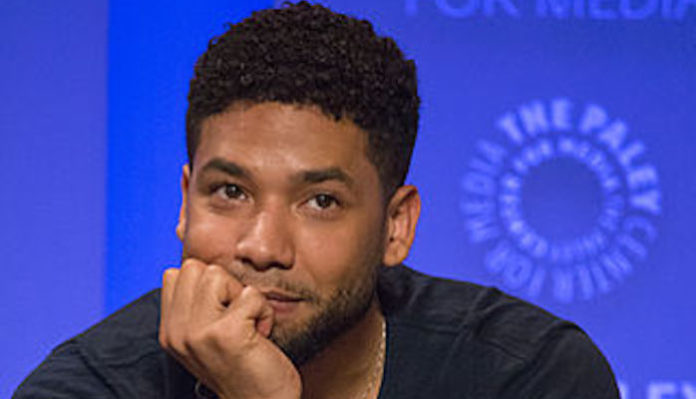 ICYMI, Empire Star claimed that two individuals using homophobic slurs attacked Jussie Smollet. However, it turns out the actor made up these claims. A judge quickly dropped all charges against Smollet for these false accusations.

As an ally for the LGBTQ community, this situation makes me feel livid! How can we simply let someone go for such horrible claims?

Obviously, if my brother or friends in the LGBTQ community experienced a hate crime, I would believe them. But would police officers? Would a court?

Jussie Smollet’s actions may not hurt his status, but they directly impact each and every member of the LGBTQ community.

Imagine how many hate crimes will continue to go unsolved because nobody cares enough to investigate or even believe crime victims. Large numbers of anti-LGBTQ crimes already go without conviction or justice, and this disparity is not OK.

So, as members of the community, or even as allies, what can we do to help?

First off, we can move towards justice and equity for all. Currently, 20 states don’t even consider attacks on the basis of sexual orientation or gender identity to be hate crimes at all. We need to exercise our right to vote, elect officials who will fight for LGBTQ rights, and push for laws that protect all citizens.

Furthermore, as allies, we can educate ourselves on the issues that this marginalized group faces daily.  Support your LGBTQ friends, family, and coworkers Millions of hate crimes are committed against marginalized groups, especially the LBGTQ community. Once we educate ourselves, we can channel that information towards positive change. We can share our knowledge and use it to help others.

If you’re part of the LBGTQ community or any other marginalized group, please know that we love you. We believe you. We are here for you. You matter, and you deserve justice.

We can’t continue to allow hate crimes to go unpunished, nor can we continue to allow America’s wealthy to do as they please without any repercussions. Wake up, read up, and stand up! It’s time to be the voice of reason and the body of change.

Why Now Is The Perfect Time To Start Your Christmas Shopping