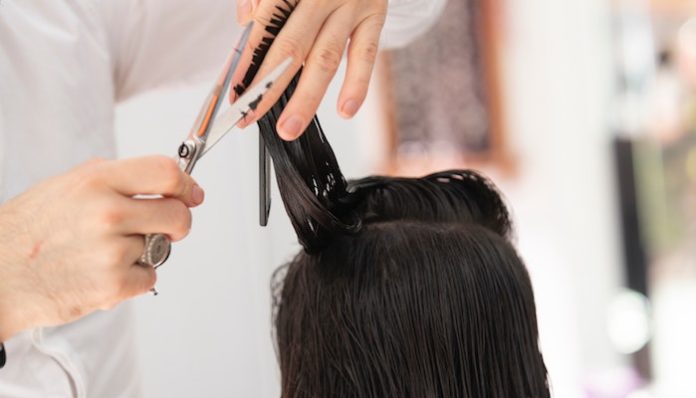 Do you ever get to the point where you have so much going on that you need some change in order to get out of the same repetitive pattern? We all have those moments when we’re searching for that minimal but effective change that will fulfill that yearning. That’s why we often choose to change our hair, cut our dead ends or style it in a different way.

I’ve had long hair for the majority of my life with minimal spurts of having shoulder-length hair in between.

When I was younger, all of my cuts were primarily to get rid of damaged hair and dead ends. However, I would toy with the idea of maintaining a slightly shorter look than what I’m used to but I could never quite get the balls to do it. That is until my life turned upside down right in front of my eyes.

I’ve spent years overworking myself to the bone and draining every ounce of my energy while working full-time and part-time simultaneously. I became involved in worthless work drama at my part-time job just to simply socialize and somehow stay in the loop. On the other hand, my other job was getting increasingly busier and I was struggling to maintain any type of balance between the two. On top of that, my social life was suffering and I had little to no personal life anymore.

With all that going on, I knew I needed a change. I decided to quit a part-time job which I worked 4-6 days a week for the past four and a half years. I also decided to invest in my health and attempt to change my lifestyle to lose some weight. However, because of the lack of socialization and the overwhelming loneliness and sadness, I still didn’t feel satisfied. So I decided to get an emotional haircut and went the shortest I had ever gone.

Now, I’m the type of person who hates change and doesn’t usually take it well unless I’m willing and ready for it. I’m one of those people who need adjustment time in order to really feel comfortable. And my hair is something I hated changing. So this decision also came as a shock to those who knew me.

Truth is, I hated who I was becoming as a result of my work life. I was becoming bitter. Most importantly, I hated what I saw in the mirror. I was sick of looking at my pale skin, huge gut, cellulite on my thick thighs and long thin hair. So since I’ve already turned every aspect of my life around, it was the best time to try going short.

I was at the point where I was sick and tired of dealing with my long, frizzy and unmanageable hair. No matter how hard I tried to style it, it never behaved the way I wanted to. It remained boring and lifeless. It reminded me of the version of myself that I hated – the boring and lifeless me I no longer wanted to be. That’s not who I was and liked being.

In previous years, I went from being a natural brunette to having an ombre. Then I went full blonde, and have had a balayage a few times. But short hair was still a new territory that I slowly grew more and more comfortable with. And at the end of the day, I loved the significance that cutting my hair short brought to my life. And the new journey it placed me on.

Cutting my hair and dead ends in such a drastic way felt like I was chopping off all the shit that I’d been carrying around. Both metaphorically and literally.

I felt lighter both physically and mentally. And it made me feel like things were going to be more manageable moving forward – which, it turned out, they are! It boosted my self-positivity and confidence. Not only did I look different, but I felt different. Plus, I didn’t have to focus on dealing with my long and easily tangled hair.

Now that I am older and no longer work somewhere where immaturity was a daily occurance, the haircut suited me and my self-growth. My short hair resembled a different version of myself and where I was in my current stage of life. Now I feel motivated to do more and be better right after getting the more mature look.

If you’ve also been debating on making a change in your life, changing your hair is a subtle way to scratch that itch without doing anything drastic. It’s not mandatory nor is it the answer. But it helps give you that motivation you had been lacking and give you that reason to shine. Especially after you’ve been feeling so dull, literally and figuratively.

78 Things You Probably Forget To Be Thankful For