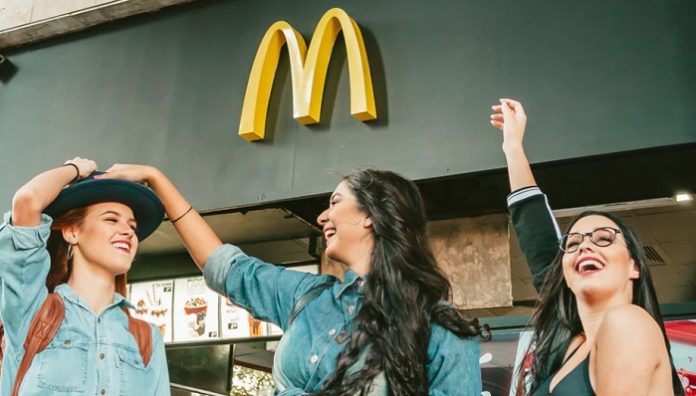 As a kid, there was no greater joy than when your parents allowed you to have a happy meal from McDonald’s. You’d get excited to pick out what meal you were having and the drink that came along with it. Mostly you were excited to see what toy you got in your happy meal.

When I was young, my siblings and I would see commercials for the toys you could get at McDonalds. We would beg our parents to go to the fast food chain so we could get the toy that was advertised. If we couldn’t get them while they were out, we’d go to every garage sale imaginable because they were bound to have Happy Meal toys. Regardless of how we got them, we would play with those toys for years and they brought us endless amounts of joy.

Here are some Happy Meal toys from the late ’90s and early 2000s that all millennials will remember:

These characters came in mini packages that matched their VHS tape cassette and made for fun collecting and bragging rights in the schoolyard.

These were true gems because almost no one you knew had the same dog as you so you could never get them confused when playing with anyone else  who had one.

To celebrate the iconic release of the movie, Warner Brothers got a chance to promote Space Jam through Happy Meals by creating unique toys that also connected through a puzzle-like basketball court.

Appealing more towards the ladies, every little girl wanted to have a mini Barbie because they were all so unique and diverse for their time period. Plus they were always Kelly’s friends when you played with your normal Barbies because they were the same miniature size as her.

Not only could you collect the dogs around the holidays when the sequel was released, but they also all had different themes from coming out of houses to having other unique functions.

I don’t know about you, but when I was a kid, these were on everyone’s backpacks at school and it was always a competition to see who had the most.

I think it’s safe to say that no one cared about the actual toys, all anybody  wanted was to get Kida’s necklace so they looked like they were in the actual movie.

To commemorate the many years and movies of Disney, a collection for everyone with particular characters and the year of their film release on the bottom of the toy.

To get the big dogs you had to go to the stores, but if you wanted puppies in different colours, you could go to McDonald’s to collect your own set.

Why were these so popular? Lord knows. But their noses were so soft!

Whether you forgot about some of these toys or shockingly remembered them quite clearly, there’s no denying that you probably miss the simple joy that a tiny toy brought to your life. Maybe it was because “Toy Story” taught you to love and cherish your toys, but I’m sure you I’m trying to say. I only kept creating fun toys like these by the time we all have kids so can enjoy their own as much as we did too.

Single And Happy As F*ck: Why Your Relationship Status Does Not...

Why Our World Can’t Survive A Day Without Love