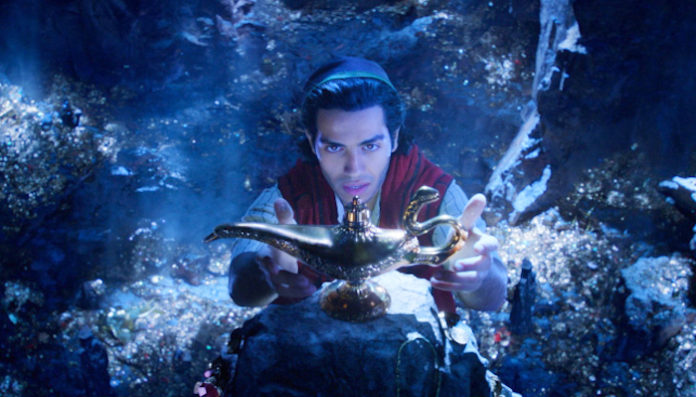 Now that we have put that on the table as fact, I can safely say that 2019 is going to be a big year for Disney at the box office. While “Mary Poppins Returns” may have been a snooze fest (or was that only me), I am definitely excited to spend my hard earned money at the theater this year to see what Disney has to offer. Remember, Disney owns Marvel, Pixar, and Lucasfilm (Star Wars), which make some of the highest grossing films of all time.

With that being said, I’m going to break down all the films Disney is ready to launch this year at the box office.

Dumbo (March 29th)
This live-action reimagining of the classic 1941 movie is directed by Tim Burton, which already gives it more credibility than most. As a child, I never quite gravitated towards a flying elephant, but the story and lesson in “Dumbo” about believing in yourself still rings true. I’m excited to see what kind of magic a live action version of a 20th-century classic can bring to life.

Aladdin (May 24th)
Guys! One of my favorite movies is being brought to life! While there may still be lingering feelings about some of the casting choices and especially regarding the idea of someone besides Robin Williams (RIP) playing the iconic Genie, I am all in on this movie. From the legendary music to the sweet but troubling story arc, there is nothing I look forward to more than becoming a child all over again.

The Lion King (July 19th)
It’s truly a real circle of life. The first movie I ever saw in the movie theaters 25 years ago is being remade for a whole new generation. Aside from the stellar CGI work and the beyond talented vocal cast for the film (Hello, Beyonce!), I’m ready to get lost in the epically gut-wrenching plot of the film. The near shot-by-shot recreation of the opening scene gave me goosebumps for days. and my heart melted when I heard that James Earl Jones would be reprising his role as the one and only Mufasa. You will definitely catch me in theaters when this film comes out.

Avengers: Endgame (April 26th)
If you haven’t seen the countless memes of a giant purple monster snapping their fingers on the internet in 2018, then I highly suggest you go and watch “Avengers: Infinity War” before April 26th. The latest Avengers film picks up right after the events of the last when Thanos wiped out half the population of the universe This movie is going to be even more epic than the ones that came before it.

Toy Story 4 (June 21st)
Very few details have emerged about the plot of the long-awaited “Toy Story 4,” but I honestly could care less. Any chance I have to reconnect with my friends Woody, Buzz & the gang, I’m signing up for. Even though I thought the ending to “Toy Story 3” was super sweet and helped wrap up our childhood memories in a very poetic way, I take it “Toy Story 4” will surprise us all.

Frozen 2 (November 22nd)
I’ll admit that I had no desire to see the original “Frozen.” As a 22-year-old post-graduate adult male, it just didn’t appeal to me. While the world could not “let it go,” I eventually came around and decided that the original film was nothing short of a Disney classic updated for a newer, more progressive generation. I think the global audience is ready to know what happened to Anna, Elsa & Olaf. Will lightning strike twice?

Star Wars: Episode IX (December 20th)
The final (I hope) film in the legendary space opera lands around Christmas time. It will be two years since the last Episode arrived, but I am more than ecstatic that J.J. Abrams is helming this film. How will our heroes’ stories end? What will become of the Rebel Forces? Are Rey and Kylo Ren related? How will they honor the late Carrie Fisher?

Captain Marvel (March 8th)
When Disney announced that Captain Marvel was going to be the first female lead film in the vast Marvelverse, I thought, okay but what about Black Widow? However, they cast Brie Larson (“Room,” “The Glass Castle”) and all’s right with the world. The trailer for the film is upbeat, fresh, and pilots a new phase in the film franchise. Set in the 90s (which millennials love), “Captain Marvel” has something for everyone and will be all the talk of the town.

Whatever film you choose to see, Disney is leading the pack with their slate of films that are sure to impress and dominate. Let us know in the comments and on social media which films you’re the most excited for!