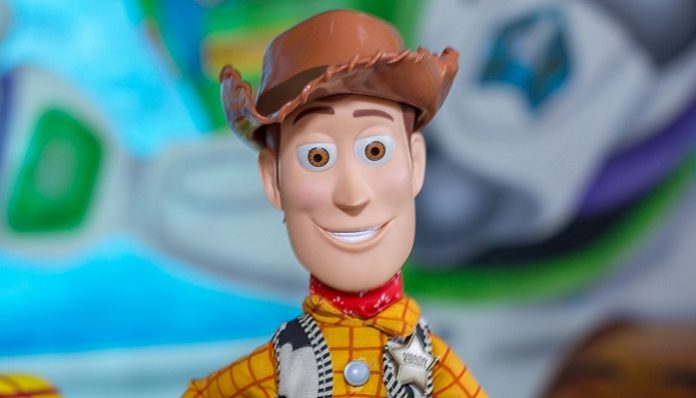 Just two weeks ago, Tom Hanks gave us a look inside the emotional turmoil filming the final scene of the fourth installment of the “Toy Story” franchise. Now, Disney/Pixar dropped a teaser for “Toy Story 4.”

“Woody has always been confident about his place in the world and that his priority is taking care of his kid, whether that’s Andy or Bonnie. But when Bonnie adds a reluctant new toy called ‘Forky’ to her room, a road trip adventure alongside old and new friends will show Woody how big the world can be for a toy.“

Was becoming lost at a gas station, traveling across town to Al’s Toy Barn, and going through an airport not enough to show how big the world appears for a toy?

This newest sequel sounds like it could go one of two ways: touching or totally soul-crushing.

When you think about it, how could our beloved toy leader Woody lose his optimism and pride? Hopefully “Toy Story 4” will end on a much happier note than the previous film. I cannot experience any more emotional turmoil over animated toys.

“Like most people, I assumed that ‘Toy Story 3’ was the end of the story. And it was the end of Woody’s story with Andy. But just like in life, every ending is a new beginning. Woody now being in a new room, with new toys, and a new kid, was something we have never seen before. The questions of what that would be like became the beginning of an entertaining story worth exploring.”

Cooley stressed that, in the “Toy Story” world, everything has a purpose. A toy’s purpose is to be there for its child. But what about toys that are made out of other objects? As a spork who becomes a toy, Forky faces an identity crisis. Cooley says, “He wants to fulfill his purpose as a spork, but also the new toy purpose thrust upon him.”

Tom Hanks spoke out about why he decided to return to the franchise on BBC’s “The Chris Evans Breakfast Show.”

“When I realized what they were going for, I realized, ‘Oh, this is a moment in history.’ The emotional range of the movies has become more and more deep and profound and affecting.” Hanks also revealed that he was too emotional over his lines to even look at the production team.

Obviously this makes a little more sense now that we know what the film is going to be about, mainly because there’s a bit of identity crisis going on, so fans feel a little eased about the new movie.

Well, until Pixar dropped the artwork for the film and broke our souls.

If they throw Woody into a toy box for all eternity or separate the gang, I will lose my mind. I swear I’ll ugly cry for a good month! I’ll probably even waste my movie theater popcorn by throwing it at the screen.

Since the 1995 release, Pixar’s “Toy Story” film franchise has earned $1.9 billion at the global box office. Plus, even more money has been earned from merchandising. It’s proven to be one of the most successful movie franchises of all time. And, naturally, ”
Toy Story” is one of the most beloved movies in every child’s life.

Part of what makes the success for “Toy Story” so grand is because, from the beginning, it resonated with kids.

We all loved our toys and had a wide imagination. The films taught us to take care of our toys and to appreciate them. Through “Toy Story,” we learned that we go through transitions with our toys, too. We may no longer need something, but that doesn’t mean we can’t share the joy of toys with someone new.

Think about the scene when Andy gave his toys to Bonnie. You could see the appreciation towards his loyal companions, and it warmed the hell out of your heart because you could relate to that strong connection to at least one of your childhood toys, and the pain it brings when you sadly part ways with it. Our toys scoped us into the people we are today in a weird way.

All in all, this teaser is far from disappointing and I’m optimistic that Woody, Buzz, and their friends are going to go out with a fabulous story to be told. I just hope the writers eventually get back to Andy, who should be old enough to have a baby by now. Maybe Bonnie can stop being selfish in “Toy Story 5” and return our favorite friends to Andy?

5 Simple Mistakes That Can Wreck Your Vacation

5 Tiny Things You Need In Your Office To Kick-Ass