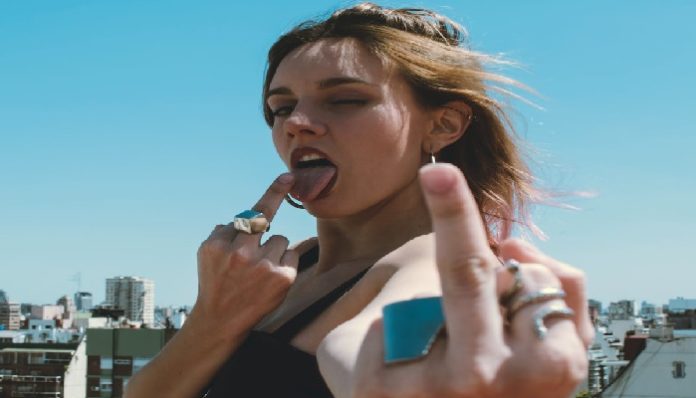 Recently I’ve stumbled upon a small piece of gold. This treasure comes in the form of a man that doesn’t make me question what the hell is going on. In fact, I seem to have a pretty firm grasp on what IS going on between us. This is an entirely new experience for me. I am sure this would be a unique experience for most of us usually single ladies. Why, you ask?

Usually, I’m deciphering texts like they are a serious bomb threat and I have to bring my girl troops in for back-up. I like to refer to them as my intelligence squad. We spend hours in the kitchen hunched over cottage cheese, hummus, rice cakes, and any other snack of the day, chatting about how to minimize the damage on my dignity and avert the explosion that is him running for the hills over something I’ve said or done. Basically, just trying to hold on to whatever this is with this new guy, doing everything I can to avoid aborting the mission of landing a snuggle partner.

Sometimes, the guy just leaves with no explanation. He’ll leave you wondering what you said or did wrong – if you said or did anything wrong at all. He’ll leave you in the crater of smoke, burning from the rejection and isolation as you see him tagged in a picture with some hot blonde I always see at the gym and feel affected by it just as if it’s a world broadcast of a real bomb exploding. Why did he leave me in the dust? Where did it go wrong? What exactly is he thinking about this?

Why isn’t he making the effort?

When talking to a new guy, we give them a lot of slack. In our mind, they are perfect just the way they are. But, we often question things, trying to figure out what he wants, and truly just not understanding 80% of his behavior. He’s not making the effort like he should; he’s “busy”, he’s “hanging with the boys”, he makes plans and then last minute leaves you hanging.

I’ve spent too many days justifying boys’ behavior in the category of “boys will be boys”. I allow this reasoning to explain why a man might not be making time for me, but keeps me hanging by a thread on a night out, or with a text message just when I’ve stopped thinking about him. I’ve used it to explain why a man might be being a jerk; just dropping off the face of the earth like Jesse McCartney circa 2006 (where is he these days, anyways?).

To be honest, I’ve spent so many days analyzing boys’ behavior and questioning everything that I didn’t even think a situation existed in which I was sure of myself with a new guy. This new realm blows my mind more than being left high and try. Finding myself in a situation where I’m comfortable is not what I’m used to. What I’m realizing now, is,

it exists, and it’s what we deserve.

What I’ve found is this unique man friend, who validates my feelings at the right times, he says the right things, and he seems to care in all the right ways. I don’t question things; I’m not anxious. Instead of bomb threats, all I’m getting is world peace. He’s slowly become my light in the dark. Because of this, I’ve started to have an opinion about how these typical men I once knew are treating my friends. I have become intolerant of this laid back, no-effort, question-provoking behavior from men.

I think we should all be a little more intolerant and wait for the thing and the guy that feels more right, because we deserve it, dammit. But then again, maybe this is all in the spice of life and what would it be without a little frustration to make that RIGHT guy seem all the more worth it when he arrives.