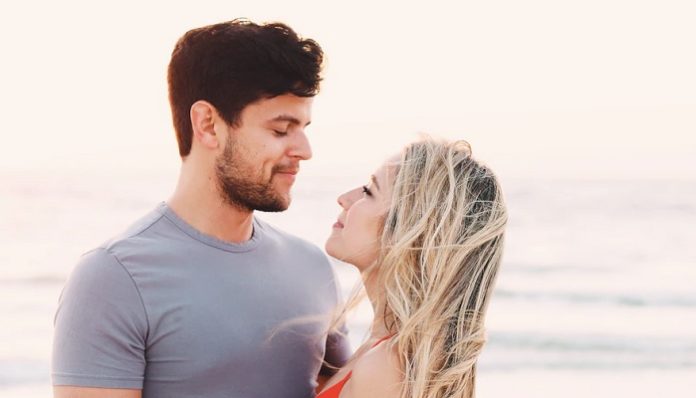 There is no denying that it’s unbelievably frustrating to be pursuing someone who is still hung up on their ex. Sometimes heartbreak is extremely difficult to get over, and once you’ve had your heart broken it’s hard to move on. We’ve all been there.

Realistically, you need to stop pursuing someone who’s mentally unavailable. However, there are those circumstances where you feel like you can’t or you don’t want to. There are a lot of things to remember when dating someone who’s still hung up on their ex.

Remember that they’re finding it hard to love again. The first person after a heartbreak can be intimidating and terrifying. He’s going to be careful, over think every move he makes, and take it very slow. Don’t push him to be somewhere he’s not ready to be yet.

Be patient and know that it may take a while to break his walls. He’s guarded for a reason and it’ll take some time to break him down. If he’s dragging on the commitment process just wait it out a little longer because you’d rather him be ready then to jump into something when he isn’t and have it crash and burn faster.

Being compared to his ex is beyond frustrating because you know you’re better than she was, yet he doesn’t seem to see it yet. Or if he does see it, he’s still subconsciously comparing you because she is what he’s used to and comfortable with. Just bare with it and only call him out on it when it really annoys or hurts you. Because let’s be real, it can be insulting.

Remember that sometimes he might say he wants you but deep down that ex is still who he wants. He loved her once, and deep down he’s still thinking about what could have been with them. He’s leaning on you in the sense that you bring that familiarity and comfort that he loves.

You’re a safe choice in his mind compared to being single and alone. You’re undeniably used as a crutch and a way to find himself again and proof that he can move on. You are the confidence boost that he desperately needs to help him feel better again, which is fine, but keep in mind he may not be as dedicated to you as it may appear.

He will be confusing as hell to talk to. One minute he says one thing and the next he says the complete opposite. Sometimes he’s in a dazed state where his feelings get clouded and he’s blinded by the truth, or he’s saying certain things to avoid hurting you when in actuality it only hurts more.

It’s going to hurt because you feel like you’re giving it your all and he’s only loving you half-assed. Just know that he probably knows it’s hurting you and that he probably feels bad about it deep down.

In the moment he may not recognize all your efforts in their entirety. But when you’re gone and he’s lonely and missing you, he’ll realize just how hard you worked and how dumb he was for not appreciating you more at the time. You will be one of the biggest blessings in his life and as sad, frustrated, crazy, and confused you may get while being in the situation, it feels damn good to know just how much you impacted his life.