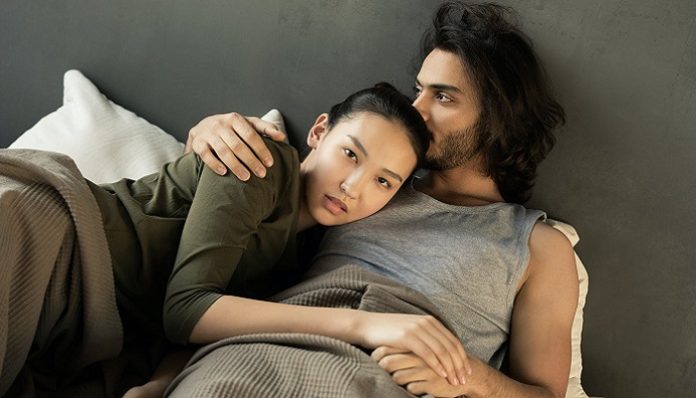 My partner is a person of colour, and as of today we have been together for five years.

Let me start by stating the obvious: my experience is subjective. To apply this to any other relationship would be foolish, and I assure you that my partner’s story will be different than mine. If you are here reading to get a sense of what your ‘dating experience’ might be like, you have come to the wrong place.

I love everyone, regardless of social markers. I just happened to find the love of my life. My partner is from Iran, or Persian. He is an immigrant–his parents moved here when he was twelve.

We met at University. This is my story:

I’ll start with the the first time I heard him speak: it was the moment I took notice of him. His voice was like a lullaby, with soft spoken words like liquid gold, and I swore I could listen to him speak for hours.

Like anyone, I became quite smitten. We got to know each other, and we started dating. After a while, he told me about his parents, and about his time growing up in Iran. He told me of the beautiful architecture and about his mother’s cooking. He told me about the colourful bazaars and paintings by his father. I remember the moment I realized how sad it was, that I, like many people who grew up socialized by Fox News, knew Iran for other infamous tales. And I started to chip away at my own biases, that we all surely have and that we should all learn to untangle.

I was intrigued to learn more, and excited to meet his parents that he spoke so highly of. A lump formed in my throat at the thought of it, as I, like any new love, cringed at the idea of them not liking me. Still, I wanted to put a face to the stories I listened to, wide eyed, devouring each word he spoke, wishing I could ask them questions about their stories myself. Six months later, he invited me to his home in Toronto to meet his family.

I was terrified, and like any girl, I was hoping they could see how much I loved their son.

His father was a short man. With a beard hugging his face, reading glasses resting on his nose, and a cigarette in his hand. He greeted me with open arms. I saw my partner greet them differently, with a kiss on each cheek that followed by a Farsi, ‘Salaam, Chetori?’

I thought, maybe I greeted them wrong. His mother, a warm woman with a big smile, hugged me instantly and told me how wonderful it was to meet me. She smelled of sweet rose water, she spoke English, and my partner joked that she was excited to show it off. I said nothing, unsure if I could participate in that joke. She was a Professor in Iran, an accomplished woman, who I soon learned never really understood how wonderful she truly was.

The pinnacle of modesty.

They spoke Farsi for most of the evening. My partner translated the bits he found relevant for me to know. They were kind to include me, but I wondered if I could ever conquer this intricate language, laced with Persian parables, entwined with culture and nuances. Five years later I am still learning, but I need to try harder. I never expected them, especially his father, to learn english for me.

The more I got to know my partner, the more I learned from him. Persian culture, I soon realized, was beautifully sophisticated and welcoming. His father, was more spiritual than religious. He seemed to know the secret to being happy and at peace with himself. I saw where my partner got it from–the teachings of his wise father. It wasn’t at all how I grew up, not to say I wasn’t raised in a sophisticated household, my mother was as witty as they come, but my parents stress a lot and aren’t very peaceful people. Come to think of it, neither am I.

I am a woman of severe indecision and I struggle with mental health every day. But with him, I know everything will be okay. He grounds me, and I think I’m good for him too, which I’m sure he will never admit willingly

He has an old soul, and I am so in love with him.

Older, whiter, couples, used to shoot me a look, almost to question my reasonings for being with him. He used to get looks too, but he never really deciphered them for me, but I know they weren’t to tell him how awesome it was for us to be together. Whenever I would notice tension, I would grab his hand, and squeeze it a little tighter, as a gentle ‘fuck you’ to anyone who came our way.

When I tell people my partner is from Iran, they try to hide their initial shock. Almost embarrassed they let it slip out for a moment, and quickly compensate with a smile and approval. As if we need it. As if he does.

It is a privilege to be with him and to have him in my life.

I am still learning farsi. I still forget to greet his mother with one kiss on each cheek sometimes. And I still feel guilty for having my partner straddle two languages when translating for me. I still have so many questions to ask his father. And I still have small moments of bias, that I am not pushing down anymore. But sharply questioning and learning. We still get looks from people. We still have people asking us imposing questions about his culture, his parents view of me, or asking ‘what it’s like to date a middle eastern?’

His family can be a little wild, like any family.

We argue about what to make for dinner or who will clean the dishes, like any relationship.

So please remember that next time you are about to ask me ‘how’ Persian he is on a scale from 1-10. Or if he prays five times a day. It’s none of your business.