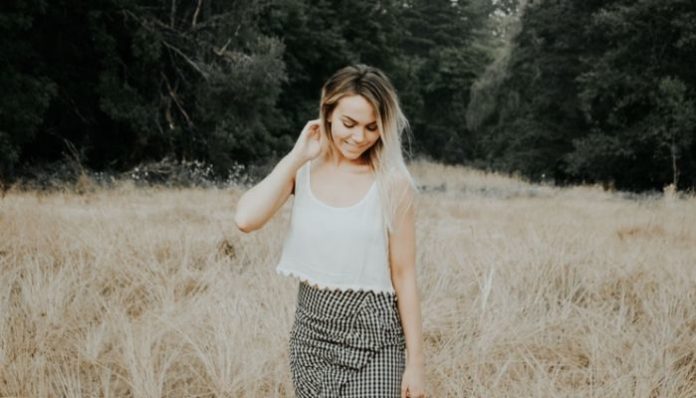 I never used to be considered a “chill girl.” I used to be an emotional mess who dealt with changing moods, aggressive behaviors, and an anxious mind. I was the farthest thing from chill. I had the complete opposite behaviors. Then I hit my twenties and my whole demeanor and healing mechanisms changed and I mellowed the heck out (somehow it happened; that self-growth is still a mystery to me but I’m glad it happened). So this term is kind of new to me.

But it isn’t new to a lot of people and can relate to what I’ve newly discovered about being the chill girl.

You don’t tend to waste your time over thinking scenarios or emotions. You take it in, let it sit for a bit and then move on with your life and not let it bother you. And if it doesn’t, then it really does upset or affect you. Wasting your time doesn’t exist if it isn’t a priority.

People would call me chill because I didn’t care if I had a defined relationship because I was just going with the flow and letting whatever happen, by my friends who could always hit me up to make plans because they knew I’d more than likely be down, people who would have heated discussions with me and be shocked by my calm response (sometimes opposite of what they would argue) and by my ability to state my opinion and potentially change the mind of others, and by anyone who met me after my newfound “chillness”.

It’s like being chill meant you had an open mind. It meant that people were comfortable with me and could depend on me because they knew that I’d make them a priority while staying realistic about expectations. It is what it is and I can’t change it, it’s like a secretive motto.

Then I started to see the dark side of being coined this term. People often think of it as “unemotional” or not caring. People literally thought you just don’t care about certain things. Then I started noticing how people would cancel plans because “you won’t mind”, people trying to break down your barrier of consent because “you like to have a good time” or guys starting to avoid any sort of romantic relationship with you because you seem to be like “one of the guys.”

Being chill makes people automatically assume that you are laid back and have no feelings. And let me tell you, that is the biggest lie and misconception.

The chill person still needs to be taken seriously when they speak, have their emotions considered and be valued by those they hold closest to them. We aren’t taken seriously when we have every right to be. Things will hurt us, but we won’t go through the effort of correcting or informing others of their wrongdoings because we don’t want to draw that kind of unwanted attention or create drama.

Chill people care about the things that matter.

I don’t care if someone forgets a milk in my tea order, or if they have to cancel plans for personal issues. I won’t argue that because I get it, that’s life and things happen; it’s a waste of time to argue about it. But I do care when I pay $24 for a meal and they get it completely wrong (I won’t waste my hard earned money on something I’m not happy with) and I do care when I’m cancelled on for someone else or am uninvited because I “won’t get along with other people who will be there.”

The beautiful part about chill people is that they care intensely about those who matter and situations that are important. We will become defensive as ever and are the most understanding people. But we hate being walked over especially if others think we won’t notice. We always do.

Deem us as unemotional, relaxed or laid back, but remember how big our hearts are. We’ve learned to appreciate and value particular things in life that actually matter. And we’ll do everything we can to keep it close.

You Should Stop Looking For The Person Who Is ‘Ready’

Time To Thrive: 7 Things You Should Strive For In 2017