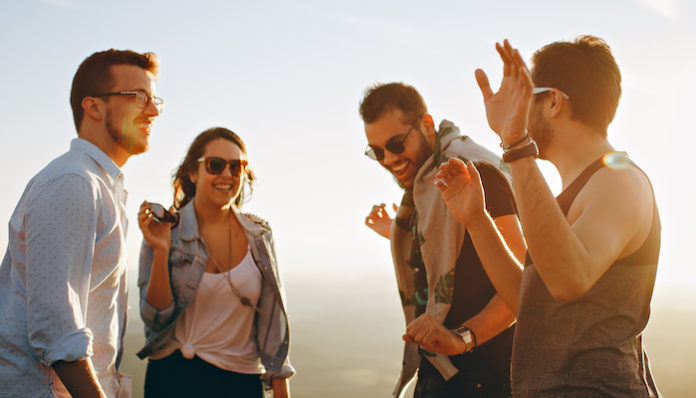 Reaching your twenties is a huge milestone in your long life. It’s crazy how much we develop in these pivotal years. But between maturing and still being slightly naive, there are things that we are simply too old to be doing — even though we’re still young.

You shouldn’t hate yourself when you’re in your twenties. You should also never view yourself as someone you’re not. We all have our moments when we hate ourselves for making poor decisions, but that does not mean that we’re ugly, stupid, worthless or insignificant. You should be your own cheerleader, not your worst enemy.

Regrets are meant for older people. You’re still so young with a lot of life left to live and a lot of things left to experience. Sadly, there’s nothing we can do to change our past, so stop obsessing over it and move on.

I understand that your parents’ actions may have impacted certain things about you. However, once you become an adult, you need to shed that skin and create your own shell. Be your own person, own up to your mistakes and stop blaming every problem you have on your parents — they didn’t do anything to the adult version of you. Be responsible for who you are.

The public’s opinion doesn’t matter anymore. Be confident in what you like, wear what makes you feel like a rock star and be unapologetic about it. Don’t exhaust yourself by being someone you’re not.

Stop saying “no” to things that could bring you happiness and success. Instead, go on that date. Get super dressed up for that party just because you feel good. Apply for that job even if you don’t think you’re qualified. You’d be surprised where an optimistic mindset will take you.

You aren’t a child, and you certainly have some experience and you know what you do and don’t want in life. You are too damn old to go through the same bullshit that you’ve dealt with in high school. So make sure to show others that you’re stronger and better than to be treated that way.

I don’t care if it’s a stranger or your childhood rival — other women don’t impact your day. So stay in your lane or pass on positivity. Don’t waste your energy on worthless girls who don’t matter. Try to be the type of woman you’d want to meet.

8. Living through a screen.

Don’t live vicariously through what you see people do on social media or in the movies. Do it yourself! There’s always a way to achieve your dreams and live the way you want to.

I know it feels that way, but you are not the only person who feels that they aren’t where they’re supposed to be. We all go through such moments, whether it’s doubting our college major, working at a job we hate or having a poor dating history. We’ve all been there. It doesn’t make you any worse than everyone else.

It’s okay to cry, be angry and show that you’re annoyed and upset. It’s also okay to show you’re in love and that you’re happy with where you are going and who you’ve become. Let people see it — they’ll have more respect and appreciation for you.

It’s really hard not to compare yourself to others, especially when you hear about how well they’re doing or excelling in the areas you want to. However, remember that it doesn’t diminish your accomplishments. You’re simply on two separate paths and your time will come too.

12. Obsessing about the future.

You may not be where you want to be in life. You may also have a bucket list with items that you want to check off but haven’t yet. But why not enjoy the place you’re in right now and experience it as it goes?

It’s scary to make these big steps. And it’s also intimidating as hell to start a new chapter. But you have to push through that fear in order to get the job done. It’s the only way you can achieve the success you truly want.

I know it’s intimidating and semi scary to move on from toxic or immature traits. But you won’t grow unless these things change. And in order to do so, you need to acknowledge that you’re guilty of these or at least have been in the past. Remember: You are too damn old to be doing this stuff. Grow up.