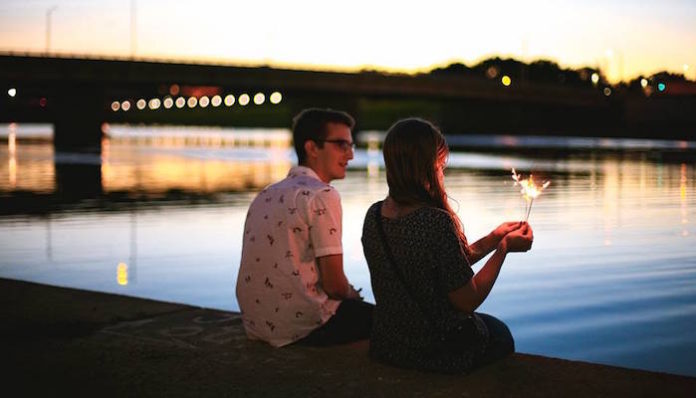 People have asked this question since the beginning of time – what do women want? It’s a phrase you’ve probably heard more than once in your life. Or maybe you’re the one asking. It’s even in one of the most popular scenes in one of the most iconic romance movies of all time – The Notebook. Yet the question never really gets answered once and for all. Until now, that is.

After doing some research I have the answer to the question that seems impossible. I know what you’re thinking: Just tell them that you love them and cuddle, right? Wrong. It turns out that women are so over hearing those typical three words, and for a good reason. Anyone can tell someone who they love someone, whether they believe it or not. But it turns out there are words that are even more powerful.

It sounds cliché, but it’s true. Hearing that you, just as you are, are enough for someone is way more powerful than hearing that you are loved. It shows acceptance. Whole-hearted acceptance that not just anyone can tell another person. There’s no bolder phrase that you can utter to another.

Sometimes people just need to hear that they’re appreciated. Plain and simple. In a relationship people give up a lot for one another at one point or another. It’s nice to hear that all of your dedication and love is being acknowledged.

Emotional connection is huge. Some might argue that it’s even more important that being told I love you multiple times a day. It’s easy to say you care about someone, but with a phrase like this you actual feel it, which is exactly what most people need.

Whether you’re saying this to a friend or your significant other, support is so important in any relationship. Sometimes people need to be reminded that you’re on their team and have their back even when times get hard.

Anyone can smile and spend time with each other. Not everyone is truly happy. If you hear these three words, then you know something is going right. Such a quick sentence can do a world of good when it comes to relationships.

Don’t get me wrong, being surprised with flowers and swooned with fancy dates is great. But sometimes it’s even better to kick it with a box (or two) of pizza in your pajamas. Keeping the love alive is important, but so is being a friend.

These are actual responses from millennials out there, most of which were repeated at least twice during the survey. That means times are a-changing, my friends. In a world where those three short words were once enough, we need more. Step it up or kindly step out of the picture.

Why I Wish I Was The Girl Who Wasn’t Afraid