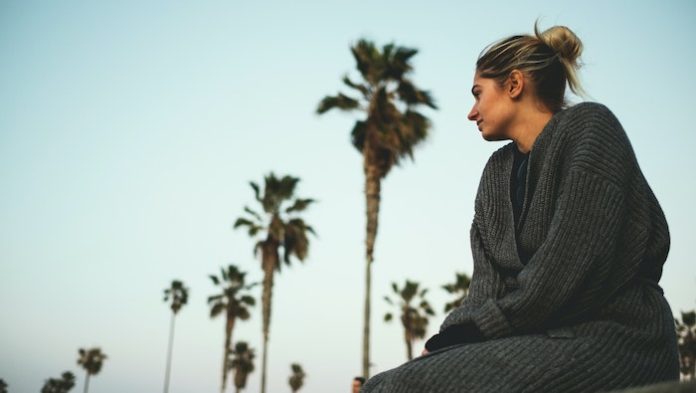 No one ever tells you how the pain creeps up on you. Surprises you. Blindsides you.

I lay in bed crying in my husband’s arms. It had been almost one year to the day that we found out we were having twins and the pain of remembering them suddenly broke me.

It was Valentine’s Day 2020 when we found out we were pregnant. I surprised my husband, Matt, with a Minnesota Vikings onesie. (At the time, we didn’t know we were having twins yet but I knew he’d be adamant about the Vikings gear.) February 14th was always a special day for us; it was the day we first told each other we loved one another.

This year, it was doubly-special: it was our first pregnancy.

But from the moment we found out we were expecting, I had an intuition something wasn’t right.

I knew pregnancy often feels foreign but this sensation felt like something very different. Not only was my body reacting early to the pregnancy but my mind was, too. I was barely pregnant — only 3 or 4 weeks — but I felt deep changes happening in my body immediately.

I called my OB-GYN, who gave me a due date of late October. Matt and I were thrilled; all we’d ever wanted in life was to be a Mom and Dad and we couldn’t believe it was finally happening.

The following night, I had severe cramping, which continued throughout the week. It didn’t feel normal, but I continued to remind myself I’d never been through pregnancy before and my OB assured me this was all to be expected.

Still, something felt off.

The next couple of weeks were a whirlwind. I was very sick and threw up every day, all day. I couldn’t eat and I couldn’t hold down much water. I was also spotting and hysterically hormonal. My body (and in retrospect, my mind) knew something wasn’t right but I kept pushing the feeling off, convincing myself this was all normal first trimester morning sickness.

I spent most of those early pregnancy days crying because I felt like my own anxiety was causing trauma and pain to the babies.

I constantly worried I was somehow hurting my babies because I wasn’t mentally strong enough to keep it together. I know now my body was simply reacting to two babies inside of me, rather than one, and my hormones were raging — my mental health had nothing to do with what would eventually transpire.

At one point, I sat on the toilet and thought about ending it all — that’s how severely the hormonal imbalance was affecting me.

At my 6.5 week ultrasound, the earliest they could detect a heartbeat, I was convinced they wouldn’t find it. But to my surprise, the nurse adjusted the screen to me and pointed out, “Baby one” and “Baby two.”

My mouth dropped. I uttered the F-bomb and sat up straight with the ultrasound wand still fully inside me.

I couldn’t believe it was real. My gut was wrong. Everything wasn’t bad. This appointment was good — doubly good, in fact.

Matt and I were going to have twins.

“Everything looks pretty good,” my OB said after reviewing the ultrasound. “The babies’ heartbeats are lower but we think that’s normal for their age.”

I breathed a sigh of relief.

Matt and I spent the next week dreaming up baby names, creating a Pinterest board, and feeling excited about our future.

But oddly, over the next week, my spotting and nausea continued. I called my OB, who asked me to come in again for another ultrasound to get checked out.

The bad feeling in my gut reared its ugly head again but this time, I managed to push it off and stay positive.

Until we started the exam.

The ultrasound technician was very quiet. I let a tear fall as Matt held my hand, while I stared at the blank tile ceiling. When she was finished, she turned off the machine and told me she’d send the results to the doctor.

But we already knew. We pressed her to tell us but legally, she couldn’t. Since our OB was an hour away from the ultrasound clinic, we spent the next hour driving in a daze, believing our babies were gone, but not knowing for certain. Having babies inside of you that are no longer with you is a feeling, to this day, I’ll never adequately be able to explain.

When we reached my OB’s office, she barely got in the door before I asked, “Are they gone?”

I collapsed in Matt’s arms and sobbed.

No one tells you about the logistical side of having a miscarriage.

Nobody tells you about having to wait days to have a Dilation & Curettage (D&C) procedure for a missed miscarriage or how they hand you a pamphlet after the procedure is done and somehow, that’s supposed to explain everything.

But losing a child is not something a pamphlet can ever explain.

In a perfect world, any person who experiences the loss of an unborn child would have a therapist to connect with after the loss. My OB and a nurse checked in with me via phone a week later — the only time they ever called — but I was practically comatose. I couldn’t feel anything, a numbness that continued for months. I fell into a deep depression.

A year later, I finally felt ready to tell my story.

Writing this feels like sharing a piece of my heart. At points, it felt unbearable to put into words, but freeing at the same time.

I want all other moms of angel babies to know this: I’m here and I’m listening. I see your pain. Whatever you went through is valid and worthy.

It’s okay to feel things deeply and have pain that doesn’t feel “normal.”

It’s okay to trust your intuition and motherly instinct if something feels “off.”

Even though I only spent a short time with my babies, it doesn’t minimize my experience or the love that Matt and I felt for them. For one week, I knew my twins were together in my womb and for that, we’ll forever be grateful.

Crying in my husband’s arms tonight, the pain still feels raw a year later. (The pamphlet doesn’t tell you that, either.) It’s taken me a full trip around the sun to be able to come to terms with my feelings. I still don’t think I’m “over” my miscarriage and don’t know that I ever will be.

But our babies — Charlie and Rey — will forever be a part of us, and we share our story of love and loss in the hopes that anyone out there experiencing similarly awful circumstances feels less alone.

May we all walk through life remembering how connected we are.

Photo by Claude Piché on Unsplash