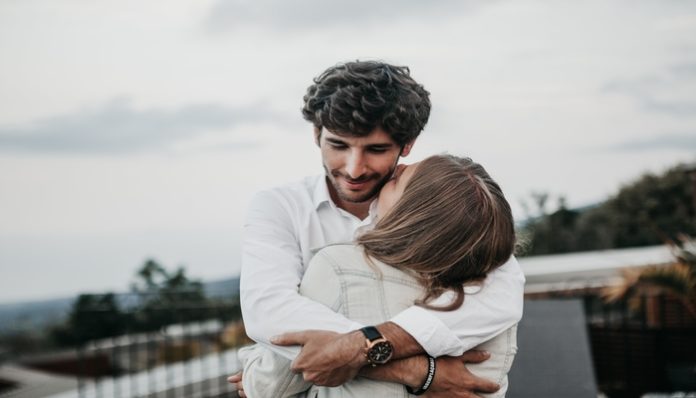 It’s pretty common for women in the butterfly-filled stage of new relationships to wonder if men share the same feelings. You want to believe this is true love and that he is genuinely falling for you, too, but how can you tell if he feels the same way for sure?

To gain some clarity, you can look for signs in his behavior toward you, regarding both what he does do, as well what he does not.

If you’re looking for signs a guy loves you (or that maybe he never will), here are five things men simply don’t do when they’re falling in love.

A man who is falling in love with you would NEVER consider not returning your phone calls or texts, not even if his favorite band was playing at the local bar or he had to have dinner with his mother.A man who loves you  wants to be in touch with you as much as he can . A man in love will tell you that he is having dinner with his mother in advance, and he will call you after to let you know how it went. If he isn’t keeping in touch, pay attention. His excuses may be telling you he isn’t all that into you.

If a man is in love with someone, he will want to spend as much time with that person as possible, and he will move heaven and earth to make that happen.

If your man suddenly says that he needs his space, it means he has some things to figure out, and chances are part of those things include the uncomfortable sensation he’s having that he isn’t  in love with you. In fact, he likely wants to break up with you.

Does your man ever criticize the way you dress, the friends you hang out with, or the way your mother calls you all the time? Does he complain about the way you clean the house or how you make his eggs or the way you park your car?

If the answers are yes, run.

When a man is genuinely falling in love with you, he believes you are perfect, even with your imperfections. The idea of being even remotely critical of you would never even occur to him.

4. Hanging out with other women when he could be with you.

Sure, most people have friends of the opposite sex, and that’s entirely okay, but if your guy is choosing to spend time he coul have  with you with other women, he probably isn’t the right guy for you.

Again, me who are genuinely in love want to spend as much time with their love as they can. Spending time with other women, especially a woman he wasn’t friends with before he met you you, is not something a man who truly loves you should want to do..

5. Not making you a priority in his life.

I have a wonderful man and I have never felt a moment of insecurity about the love that he has for me because he makes me a priority, and it shows. He has a job, a sick mother, 4 kids, many friends and a generally busy, hectic life with little time left for sleep or play. Regardless of this, he always makes me the priority in his life. Always.

This doesn’t mean that he chooses me over his kids or his mother or his job, but rather that he takes me into consideration when making decisions about these other obligations.

Does the man in your life make you a priority in his? Does he consider your needs and feelings first, before his other obligations? If he does, hold on tight. He is definitely a keeper.

When a man is genuinely falling in love with you, it’s really quite easy to tell.

A man who is in love worships the woman he is with. He longs to be with her every minute and hangs on every word she says. He is never critical, and he makes her a priority as much as possible.

If your man doesn’t do these things — if he doesn’t treat you like a queen — don’t kid yourself, as we women often do. Don’t make excuses for his behavior, telling yourself if you just hold on he will eventually love you. Because he won’t. Ever.

Move on and find someone who treats you like the queen you are! He is out there waiting for you, I promise.