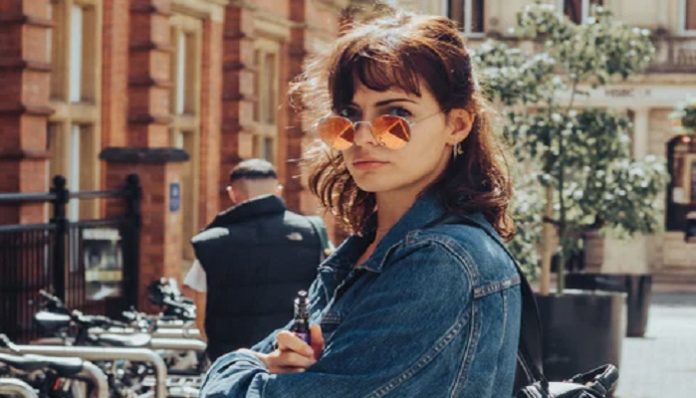 My name is Luiza Benisano. I am one of many immigrants trying to stay here in the United States – legally. At present, my life is on sabbatical as I am still waiting for my application process to go through for permanent residency in the US.

Due to my present situation, I have been given a lot of time to ponder and learn. The current road I’m in has also led me to come across not so nice people along the way, which all made for great learning life experiences. “What doesn’t kill me, can only make me stronger,” as the saying goes.

So, I decided to compile a list of what I learned during this time in my life.

Find Things To Do That Matter to You.

I was at home beyond sad out of my mind because I went from working 12 hours every day to having zero expectations from anyone. I like to feel productive. So, little by little I found things that I thought were worthwhile doing.

I volunteer for a non-profit organization that feeds the homeless, as well as another non-profit organization that helps victims of human trafficking. I can’t tell you the gratification I felt from caring for something outside of myself. Writing is my first love, so I started writing for Unwritten. I also took my dog out to new places. And I got myself a plant. The flowers have beautifully bloomed.

My situation is quite unique. And I was quite embarrassed by it, really. So much so that I would go into hiding and leave the crowd whenever I sensed the “So what do you do?” question about to be spewed. After a while, I just got sick of it. I got sick of being ashamed of something that I didn’t need to be ashamed of.

I stopped hiding in social gatherings whenever the ‘what do you do’ question was about to come up and I would simply just tell whoever was asking, the truth. It was liberating. And if anything, I got support from people who didn’t have to worry about being in the situation I was in.

I never really went out of my way to experience new things, events and places especially if you had to spend for them. I wanted to do things that mattered to me, that I deemed important. With my newfound freedom, that changed quickly. I said yes to almost everything new that I could experience. I watched a play by myself called ‘Stupid Fucking Bird,’ which is about a group of people who agonize about being in love with someone who does not love them back.

I was asked to go to a Matchbox 20 concert (My favorite band of all time!) with my favorite person in the world. I said yes. I took on a local challenge at my gym to work out 20 consecutive days during the whole month of June. I said yes. My best friend asked me to go to Florida with her for a week in November. I said yes. I said yes to new experiences. I became a yes woman.

Fight Back – When Necessary.

Unfortunately, I experienced corporate politics in the workplace. When asked why I was let go, their reasoning was that I got into an argument with a coworker and they don’t like the conflict in an office setting. (Because who doesn’t get into conflict in life and more importantly, in a workplace setting? No, really?)

There is wisdom in picking your battles.

And I did just that. However, this was a battle that I chose to fight. I stood my ground. They clearly did not like it and I obviously paid the price. Will I apologize for fighting for myself, however? No.

But I didn’t want the easy way out. I’m not a quitter. I didn’t want to sit this one out. “I want to see this through (the program I was running at the time for the company),” I said. “You can fire me afterward.” So, I went to work every day knowing the outcome of my fate.

Know When to Walk Away.

My boss once again tried to persuade me to leave the company at my own will, “We don’t deserve you. From how the company has been towards you, do you actually still want to work for us?” she asked. “You’re right, I don’t. I worked hard for you guys. If you are going to let go of me over something so trivial, then I don’t want to work here.” I thanked them for their time and for the learning experience because I will always strive to be a better person no matter what. And that’s what I did. I walked away.

Tony Robins, America’s favorite motivational speaker, said in a documentary, “if you are going to blame someone for the horrible things that happened to you, you better be thanking them too for the experience.” So, I am thankful to anyone who I have come across in trying times. Whether they were good to me or not because I came out of each experience having learned something. And learning will always propel you to greater things.

As my favorite poet and philosopher Ralph Waldo Emerson once said, “The only person you are destined to become is the person you decide to be.” I decided that I am going to become faster, better, stronger, employed and a permanent resident (as the song kind of goes).