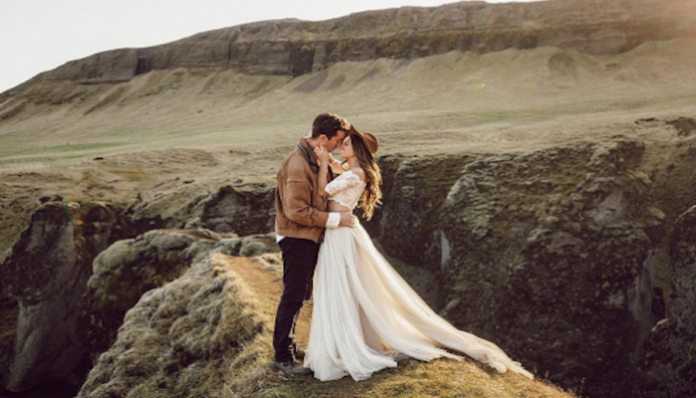 In today’s society, you are almost shamed for expressing your desire to want to get married. The phrase “tied down” is commonly used. But that’s not how I see it. And that’s not how most other girls that want to get married see it. We see it as a commitment to another person. To love that person unconditionally. It’s two lives becoming one. It’s not “giving anything up”. And it’s certainly not the horrendous thing some people seem to think it is.

And love is something we all want. We all want commitment and respect and trust. Marriage provides that. It’s true that marriage is not for everyone. But just because you don’t want to get married doesn’t mean you have the right to shame me for wanting to. I would never tell you that you are wrong for not wanting to get married, so I feel I deserve the same respect.

Just because I want to get married doesn’t mean I am losing my independence. I’m not losing anything. If anything I’m gaining everything I have ever wanted. My desire to get married doesn’t change who I am. I don’t know exactly who I am or what I want, but I do know I want to get married. Yes, my parents are divorced. No, they are not in perfect relationships now. Honestly, they seem like two people who can be classified in the “marriage is not for me” category. But their relationship doesn’t define mine. And their lives don’t define my future.

A fear of commitment is what I think keeps most people from wanting to get married. They don’t want to feel stuck in one relationship, they don’t want it to end in divorce, they want to “find themselves,” and things like that. Being tied to another person isn’t a bad thing. It isn’t a burden or an issue. It’s a choice and a privilege to be with one person in a committed relationship. It’s true that my marriage could end in divorce. It’s more likely than not. But that doesn’t change my relationship in the future. And that shouldn’t keep me, or anyone, from getting married. Because not all marriages end in divorce. Some people do have success stories and they should be celebrated. And on the subject of “finding yourself”, you can still do that when you’re married. You can travel. You can do everything you are doing right now, and what makes it better is you have someone you can share that with.

Getting married shouldn’t be a scary thing. And it shouldn’t be shameful. Marriage isn’t what it used to be. And most of it don’t like the idea of it because we’ve watched our parents get divorced. And that’s sad, but it’s reality. However, you can’t use what happened to your parents keep you from doing something you want to do. If anything you should use that as encouragement to find the right person and make it work. Let yourself, love. Allow yourself to be in a committed relationship. It may end, but that doesn’t take away anything from the moments you shared and the life you built together. Marriage has so many benefits that shouldn’t be pushed away just because you’re afraid.

Getting married doesn’t mean you’re not allowed to live your life.

You get to live your life with another person. And that is a beautiful thing. I don’t feel as though I should be looked down upon for wanting to get married and share that with someone. I don’t think it’s fair to say that women have nothing to gain from marriage. Because the truth is that’s not up to you to decide. That’s up to me and all the other girls that actually want to get married. It’s our decision. Marriage is not a bad thing and no one should feel bad for wanting to get married.