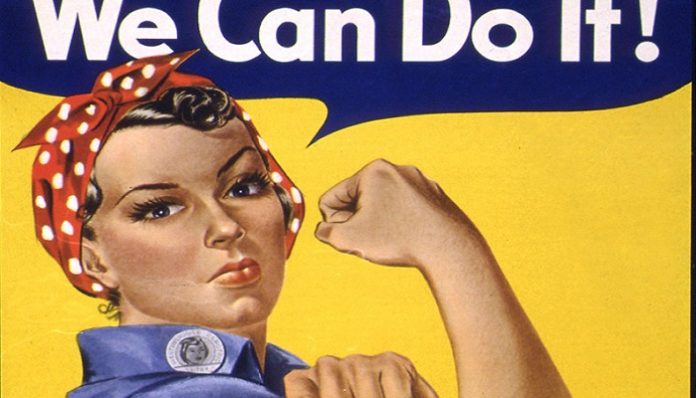 We’re all familiar with the iconic image of Rosie the Riveter in her famous “We Can Do It!” stance, but not many people know much about the woman who inspired artist J. Howard Miller to create the poster. This is likely because the true identity of the woman behind this image wasn’t discovered until 2016. Dr. James J. Kimble, an associate professor at Seton Hall University, began researching the facts surrounding this well-known image and found that most of what we’ve been told about its origins were in fact untrue. After discovering that Naomi Parker Fraley was more likely the inspiration behind Miller’s artwork than any other woman who’d held the title, he wrote an article explaining his findings in 2016, titled “Rosie’s Secret Identity”.

So, Who is Naomi Parker Fraley?

Born in 1921 in Tulsa, Oklahoma, Naomi was the third child of eight had by Joseph Parker, a mining engineer, and Esther Leis. Her father’s job caused them to move on many occasions, putting her and her family in Alameda, California during the attack on Pearl Harbor. In 1942, at just 20 years old, Naomi and her 18-year-old sister went to work at the Naval Air Station nearby. They worked in the machine shop where they were required to perform tasks such as drilling, riveting, and patching airplane wings.

It was during her time working at the Naval Air Station that she was photographed using one of the machines. In the photograph, Naomi is wearing a jumpsuit and a red polka-dot bandana to hold her hair back. The photo made its way into several newspapers, including the Pittsburgh Press, the hometown of artist J. Howard Miller.

The Poster Was a Highly Publicized Image, Right? 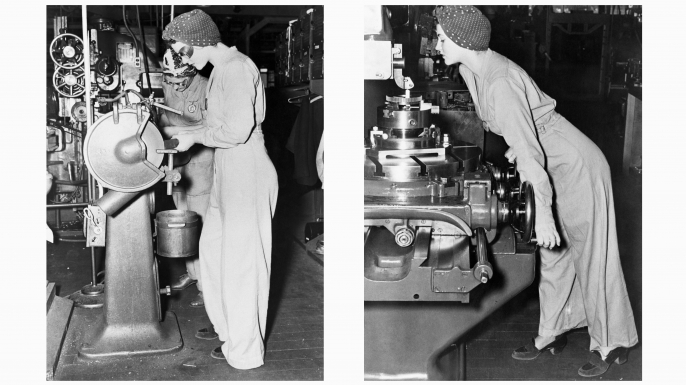 Not exactly. While it was thought for many years that this image of Rosie the Riveter was used as a form of propaganda that encouraged women to join the workforce during World War II, Kimble discovered that this wasn’t the case through his extensive research. The original graphic was actually designed as a poster to hang in the machine shops of the manufacturing company, Westinghouse Electric Corporation. Part of a series of images made in 1943, the posters were designed to boost morale and provide encouragement to women who might be feeling discouraged. The posters showing what is now a famous image were only hung in Westinghouse locations and were actually replaced with another poster in the series after just two weeks. This is hardly what we’ve all been led to believe about the history of this artwork. It wasn’t until the ‘80s that this image resurfaced, being printed on practically everything, which led to it becoming the feminist icon we all know today.

After the war, Naomi went on to work as a waitress before marrying three men. The first she divorced, and she was widowed by her second and third husbands. In 2011, she attended a reunion for female war workers where she saw the photograph taken in 1942 of herself working in the factory wearing that red polka-dot bandana, only there was someone else’s name beneath it.  According to The New York Times, she wrote to the National Park Service who held the reunion to explain that the photo was actually her, yet it still took several more years for her to receive credit.

Naomi was finally identified as the woman in the photograph thought to have inspired Miller’s poser in 2016, just two years before she passed away at the age of 96. The definitive truth behind who inspired Miller to create this iconic image will likely forever remain unknown.

Featured image via “We Can Do It! Poster” by DonkeyHotey / CC BY