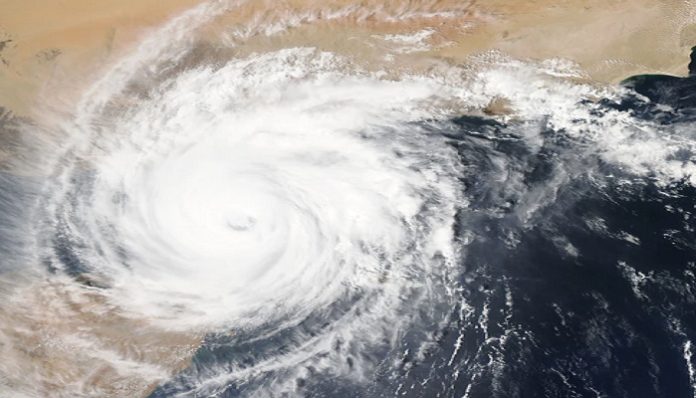 A local new station in Jacksonville broke the internet by posting Florida’s first dick pic. With the news of now Hurricane Hermine coming to the west coast of Florida, people all over have helped to prepare the state of Florida by giving us the entertainment needed to ride out the storm.

It began with someone discussing how many inches the people of Florida will be receiving tonight.

And then some people wanted to know how long the storm would last, and when we should be worried.

Then some people just couldn’t let a good dick joke pass by them. 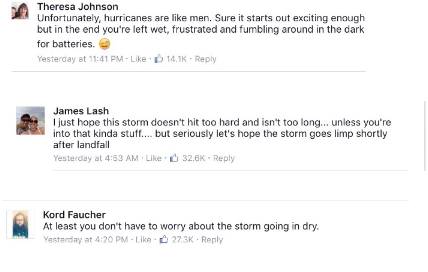 People began to wonder the sexuality of the storm. I mean, the name is not very common and could be misleading.

After several thousand comments later, someone realized this was probably the first Facebook post in history that has gone viral without being offensive to any group.

So if there is one thing we learned from this ironic Facebook post, it is that anyone can bond over dick jokes. Because I mean, who doesn’t like a good ol’ dick joke!? Who knew the answer to world peace was a slew of dick jokes?!

On a serious note, to all of our readers in Florida, stay safe! A hurricane is no laughing matter (no matter how funny it may be portrayed) and can cause serious damage. Stay indoors and stay tuned into your local new station to stay up to date. And when you’re drunk and bored inside, read more of the comments for yourself here.

Featured image via NASA on Unsplash

6 Things You Should Accomplish By The Time You’re 25