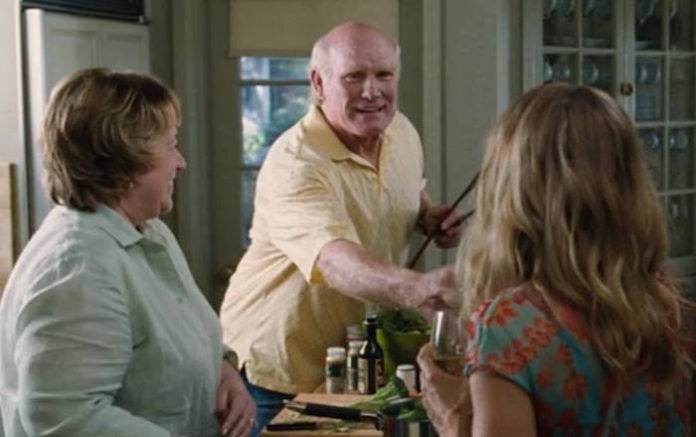 Before diving into this topic let’s start off with the fact that it will never be the right time to introduce your significant other to your parents. You’re always going to question it and feel slightly uncomfortable. Just like you never know how to bring up the fact that you are dating someone to them to begin with.

My boyfriend met my parents after we had only been dating 3 weeks, but that wasn’t necessarily by choice. I wanted to wait upwards of two months to introduce him. Which isn’t that long when you’re at college. (Waiting til Christmas break isn’t outrageous right?)

But the day I called him sobbing kinda made that decision for me. My grandmother had died and I needed to go home. He dropped what he was doing and drove me there. It was a thought in my mind that it wasn’t the ideal time for him to meet my parents, but at this point I didn’t have a choice. I needed to get home, and what was I going to do, get out of the car and make him drive off? That probably wouldn’t leave the best impression.

While I comforted my mother, he struck up a small conversation about work with my father, said hello to my mom and was out the door. He wasn’t there for more than five minutes but that was it, he met the parents. This actually got him a few brownie points with my parents since he was willing to drive an hour each way, just for me to get home. My mother simply commented later, “He must be pretty special if he is willing to do that.”

What I imagined was going to be an incredibly awkward meet and greet, was over in the blink of an eye. He came back later in the week to meet all of my siblings and their families and they did what they could to make him comfortable in a house of thirteen people and three dogs. But that wasn’t even really necessary, it was simple and nothing to make a big deal out of.

That’s all it ever is. This feels like a big deal to all the parties involved, but it shouldn’t be made into one. Was it ever awkward for you to introduce a new friend to your parents? No. They were greeted, asked a few questions about themselves, and then the conversation reverted back to normal. This is how it should be treated with significant others.

So, all in all, there is never a “right time” to introduce your new significant other to your parents or family, but whenever it happens it will work out fine. There is no set rule and it won’t go any differently if you wait two weeks or even two years.

And pro tip: it isn’t awkward until you make it awkward and it’s not a big deal unless you make it out to be one. You like, maybe love, this person for many reasons, and your parents will too. Or at least they will give them a chance, but that’s all you can really ask for.

Featured Image via Failure To Launch

Today Is National Nothing Day & You Should Celebrate By Doing...