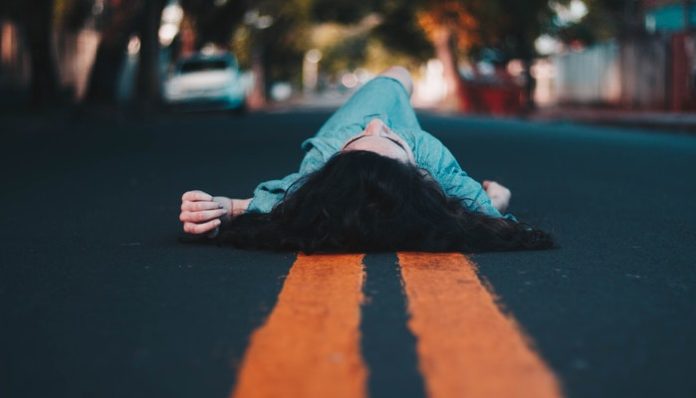 “I feel like we’re in one of those movies, like you got in a car crash last spring and now, suddenly, you’re a completely different person. It’s like you hit a crossroads and went a different way. It’s just hard sometimes to deal with this…”

It wasn’t a traumatic car crash, it wasn’t a freak accident that caused me to have amnesia, it wasn’t even that I found out I had cancer and decided to live my life to the fullest. But, yes, in some ways, I am a completely different person than I was 12 months ago. I’m still not sure what to call this awakening I seem to have had: Maybe, it’s a midlife crisis striking early; maybe, it’s just the realization that I’m unhappy with life as it stands; maybe, it’s just a phase.

In some ways, one could call my awakening a “dance with death.” I did, after all, start doing some extreme things in the hopes of ending my life. In other respects, you could call it self-discovery; All that has happened taught me so much about myself. Isn’t change a part of life, though?

Many people don’t know how to handle everything I am. Some people have pushed back or walked away because of the discomfort my inner struggles make them feel. Others have expressed their concerns and tried to convince me to “tone it down” or “revert back” to who I was before. I think the real problem is this: People became complacent with my consistency. Now, I’m not only inconsistent, but I’m also on a path towards constant transformation.

The truth is that my life wasn’t what I wanted it to be at all. Maybe it had started that way, but it quickly became something else.

It became what I thought others expected it to be, what my friends needed it to be, what my husband wanted it to be. Then, I came to a sudden point of impact, a fork in the road that would no longer allow me to continue down the straight path I’d been walking for far too long. I know I’m not the only one who has come to this place, nor will I be the last one to arrive here.

I’ve chosen a path, but it’s not as simple as choosing to go right or go left, and then continue onward. The path I’ve chosen is to create a life worth living. This path takes tons of work. I must cut through the overgrowth, I have to tackle steep inclines and other strenuous landforms, and I even have to fight the shadows that appear on the path from time to time.

Really, though, I think we all have these moments in which our life becomes less than we envisioned, and we realize that we must reinvent ourselves. We sometimes find ourselves in a relationship that ends up being unhealthy for us or we lose a relationship that we thought defined us. Sometimes, the career we dreamed of having turns out to be less exciting than we had hoped, or we can’t seem to make our break into it at all. Other times, our priorities or mindsets just change. We are human, and in being human, we are constantly evolving.

So, when you find yourself at the fork in the road, at the moment of self-awareness, at the dance with death, remember this: