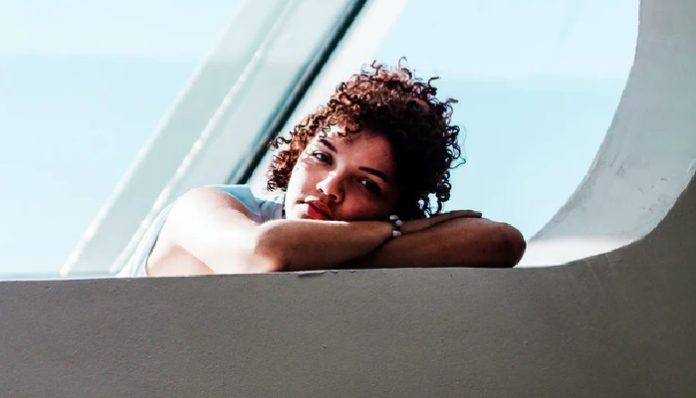 I used to be the girl that spent all her time in long-standing relationships. Then one day I got so sick of having my heartbroken, and I just quit. I quit looking, I quit wondering, and I quit wanting. For some time that feeling was so damn refreshing! There was nobody wondering where I was, what I was doing, or who I was talking to. There was no one who could keep me up at night or make me sob myself to sleep. It was everything I had needed for so long.

Then more and more time went by and things began to change. The six months off boys turned into a year, and that turned into two. I forgot what it meant to be with someone or to have someone ask me how my day was. Once in awhile a tinge of loneliness would sting through my tough exterior, but not often.

Then I saw you. I honestly couldn’t decide if I liked you or not, but for the first time in a long time, I found myself consumed with thoughts of someone else. You were unlike anyone I’d ever spent time with before, but maybe that was a good thing. You talked too much and you said everything that came to your mind. You laughed and you shared your life like it was an open book that you wanted me to read. You were everything I knew nothing about.

Days went by, weeks even, and I didn’t know why you were getting under my skin. I couldn’t shake the feeling that despite how different you were than I was accustomed to, I needed you in my life. I started to crave the presence of someone else for the first time in what seemed like forever. I wanted someone to ask me how my day went and someone to cook dinner with me. I wanted someone to sleep in late on the weekends with and watch movies all night long. I wanted all of these things because of you, and that was terrifying.

The idea of having someone so close to me again was beyond nerve-wracking so I pushed the thoughts of you to the back of my mind. I woke up every day and shut the idea of us out. Before I knew it, the spark that had lit my curiosity began to fade. It was then that I realized that I was no longer being alone because I needed some space but because I was terrified of being hurt. It was easier to shut you out before it even began because the idea of being told that I wasn’t enough just one more time might break me.

When life becomes easier to live on your own simply because you’re scared, you know you are no longer doing it right. Love is terrifying, but it’s also the most rewarding thing there is. I’d lived so long forgetting that in order to protect myself, but all I’d managed to do was prevent myself from finding someone worth falling for.

If you need space for yourself, take as much as you need. It’s just important not to give up on something so beautiful, because as they say “the bigger the risk, the bigger the reward.” Learn from my mistakes, and know when it’s time to put yourself back out there. Someday you will see that all that pain was worth it.