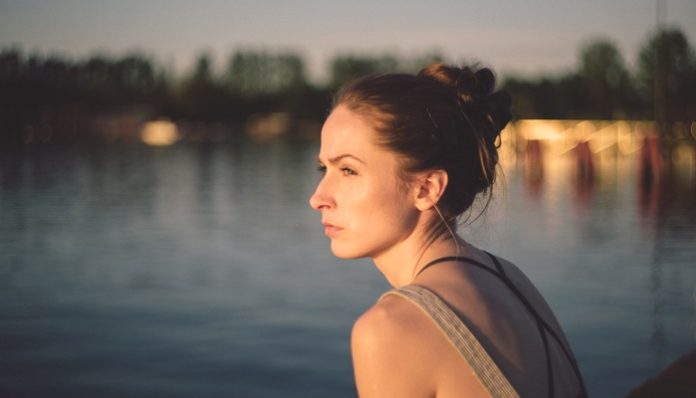 There will always be some melodies or lyric lines that really connect with us, I mean hey that’s what music is for. But sometimes these songs will reach inside you a little deeper than what you might’ve expected when you first heard them roll along on the radio.

When a part of a song gets stuck in your head, it is because your brain misinterpreted that bit as a task you need to complete. Yes, this is why we feel the need to play the song once, twice, maybe even ten or twenty times through to feel complete.

When songs do get stuck in your head, though, sometimes the reasoning is a little deeper than your brain just picking up some background music to throw on your to-do list. Think about it this way: when we feel sad, we like to listen to sad music to help us let our sadness out until it’s time for a happy tune right? So, if you have a song that really reaches inside you, let it; maybe it’ll let out something beautiful.

In high school, the song “Let the Rain” by Sara Bareilles caught my attention for a little while. I was on a bit of a Sara Bareilles kick, I can’t lie there, but that one definitely stood out; mind you, it wasn’t even a favorite at the time.

There was a last minute assigned project that came about and totally stumped me that year which involved choosing a song that meant a lot to us and using the lyrics to tell an inspirational story about ourselves (something like that). I went through my iPod and my Youtube and Pandora history like you couldn’t even believe. I don’t have a lot of music saved but when it came to that one assignment, there was an infinite amount of lyrics that could describe my angsty teenage self. But then that Sara Bareilles song just kept creeping on back so I decided to pay attention while I was hopeless in choosing the right song. I guess you can see it coming but I did indeed choose the introduction to “Let the Rain” by Sara Bareilles. Let’s go over the chosen lyrics, shall we?


I wish I were pretty

I wish I were brave

If I owned this city

Then I’d make it behave

And if I were fearless

Then I’d speak my truth

And the world would hear this

That’s what I wish I’d do, yeah

If my hands could open, you’d see

I’d take all these secrets in me

And I’d move and mold them to be

I want to darken in the skies

Open the floodgates up

I want to change my mind

I want to be enough

I want the water in my eyes

I want to cry until the end of time

As a semi-shy female in a tiny high school in the middle of nowhere during that project, I understand now why I went ahead with these words. I feel like I can speak for many high school girls (and beyond high school, let’s be real) when I say that every one of us wants to feel prettier and braver than they are. And if there is anyone out there who doesn’t want to feel like they have a handle on things from time to time, I kind of want to meet him/her to see how he/she can handle that type of chaos.

I stumbled upon this song once more on 2017’s International Women’s Day as I was reaching quite a low point in life with midterms tearing at me like hungry barracudas in a riptide. After a listen to the song and a reminder of the simple lyrics that once inspired me so much, I felt so much more ready to tackle the world! With #IWD2017 and my oldie but goodie playing, I felt way more productive than I had felt all semester thus far and had renewed outlook on life for the rest of the year.

Our Relationship Is The Most Unremarkable Love Story, But I Like...

Forget Paris: 6 European Destinations You Will Fall In Love With