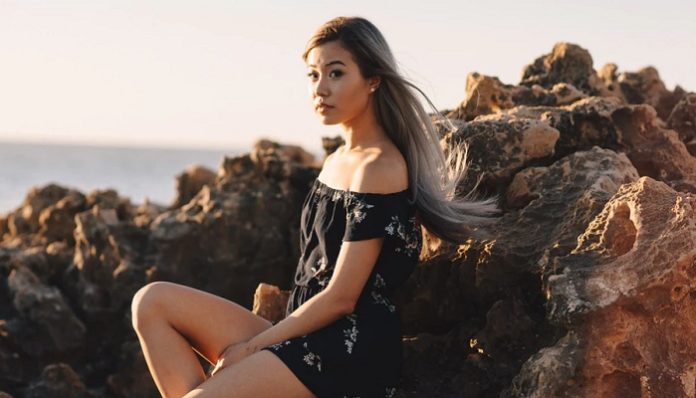 A few weeks ago, I wrote a piece about the reminder you need when life seems a little rough: you’re doing better than you think you are. As it turns out, sometimes that reminder just isn’t enough, because quite honestly, life can get really shitty sometimes.

My shit show started a few days before Christmas this past year. My grandma (my mom’s mom) was admitted to the hospital with complaints of abdominal pain which resulted into a flight to Region’s Hospital (this is serious shit) and a ruptured spleen. What followed was a week stay in the hospital, and my mother and uncle alternating weeks living with them until my grandma was well enough to take care of herself and my grandpa.

It seems that once that cleared up, my mental health took a turn for the worse. Everything was awful. And after three weeks of absolute hell as I adjusted to my new medication, everything seemed great – or at least like it was finally getting better. When it seemed like life was finally turning around for the better, my other grandma (dad’s mom) got very sick and passed not long after.

It was only February and the year already sucked and life was just, well, shitty. I tried to change my perspective on the situation, and it actually made things seem a little less shitty.

I thought about all of the troubles, rough times, and shitty things I’ve dealt with in the past, and how I survived 100% of those situations. I also thought about how each and every one of those situations made me learn something either about myself or the world. I had always gotten something out the situation. Granted, I was now experiencing things I had never experienced before (i.e. the death of a close family member), but considering everything, it’s almost made me feel like I can take on any shit life throws at me. Not to mention, no part of me had any desire to go back and relive any of those experiences, no matter how much I gained from it. I learned my lesson and I moved on.

Just think about it. You have survived every single one of your hardest days. You’re still here. You’re still standing, even if your knees shake. Even if you didn’t handle each and every one with the most grace and poise, you still made it through. Life doesn’t give you anything you can’t handle, and it all happens for a reason. There doesn’t have to be anything religious behind it…just consider it fate.

Life is a chain of events triggered by a domino effect. Your reaction to each event and situation is shaped and molded by your reaction to the previous one, and the events themselves (no matter how shitty they are) shape you as a person. They build character and you adapt skills and traits that you wouldn’t have learned otherwise, and that’s stuff that you can take with you and apply to other things in life.

I don’t regret anything I’ve experienced in my life. Sure, I miss my grandma. I wish she wouldn’t have been taken so soon and I’d give anything to have a few more good years left with her, but the reality of the situation is that she needed to go because getting better just wasn’t a realistic thing. She’s now in a much better place, free of pain, and reunited with my grandpa. They’ll be celebrating their wedding anniversary together for the first time in 37 years this upcoming April, and they’ll be doing that in heaven.

Acknowledging the good in every situation makes things easier to deal with. Considering how much stronger you’ll be when you come out on the other side and thinking about all of the things you’ll learn along the way makes them a little less scary. There’s nothing fair or easy about the hand that I’ve been dealt lately, but I know I’m going to come out of it a much better and stronger person because of it. Life has thrown a lot of shit at me in the past two months. But it’s nothing I can’t handle.