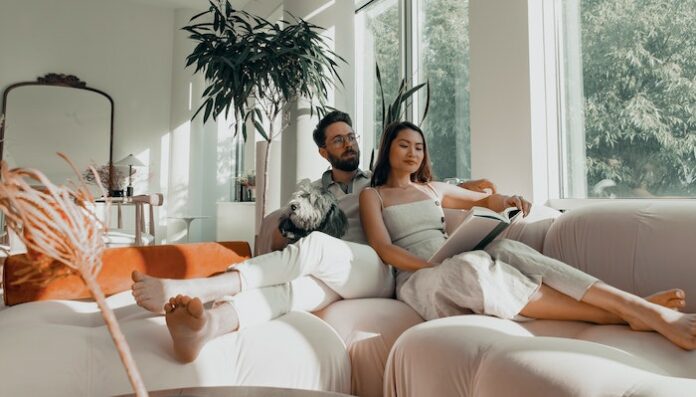 I dated a young man from 2018 to 2020, and it was wonderful. He was an incredibly loving and gentle man. He was kind to his core, affectionate, and very, very patient.

I have a sexual abuse history, so we decided to go slow. And by slow, I mean no sex at all for two years — he was very patient.

Through that, I realized that I love and crave the emotional connection with another human (male or female). And I learned that I prefer a relationship where sex isn’t involved. It can still be loving, committed, chivalrous, sweet, and close; I just prefer no sex.

I do not want the sexy, hot, passionate love I’ve previously experienced with other people I had dated. That passionate lust feels like aggression to me. As soon as I feel it from another person, my body tightens. I freeze and turn stiff, and then I dissociate.

Dissociating happens to all of us. The simplest example is when you’re driving somewhere you know how to get to, and you kind of zone out, not remembering how you got there. Well, I do the same thing with sexual passion. I zone out and then go limp without remembering what happened. It’s a trauma response I’ve developed way too young.

Sexual passion is vital for the majority of people. Most people crave touch and sexual pleasure. However, the longer I went without sex, the more I realized I really didn’t like it at all. And I’m not willing to put myself in a situation where I dissociate just to get through sex.

I’ve learned from a sexless relationship that I am repulsed by sexual attraction, sexual passion, sexual pleasure, and the energy that fuels those feelings.

There aren’t many asexual people out there, but I am one of them. I am not broken; I am one of the magical asexual unicorns on this planet — about 1% of the population is asexual.

Still, I imagine someone who has sexual attraction and sexual drive would learn something completely different than what I learned from my sexless relationship.

I learned that I miss the connection, the emotional bond, the care between people, the loyalty, the companionship, and the fun. But I need to find someone who also doesn’t crave sex because it wouldn’t be fair. I wouldn’t want to force someone who does enjoy sex to give up this type of pleasure they need.

Sex is not everything in a committed relationship. Instead, it’s just one part of most people’s relationships — but not all of them. For example, my family friend, who has since passed, was single his whole life, and he was the happiest man I knew.

Sex isn’t for everyone, and nothing is wrong with you if you don’t like it. Some of us are just this way, whether born asexual or developed a distaste for this act due to early abuse. Either way, I am an Ace (an asexual person), and I accept that fact about my body and soul. It’s okay to be a little different.

Photo by Andrew Wise on Unsplash