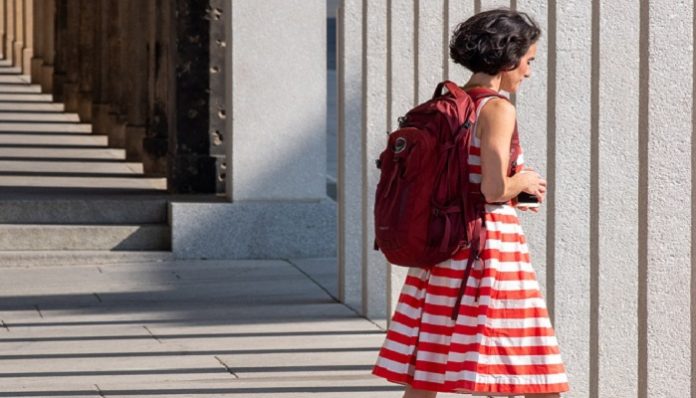 This is a story about a girl in college who did not think that those four years would be over-the-top stressful, but life, as we know it, proved her wrong.

When the first semester of the sophomore year rolled in, this girl thought that the courses would go by quickly and less complicated than it was freshman year. So, she did the same things as she did last year: skipped classes, only did some of the readings, day drank, and watched Netflix instead of doing homework. Now let me tell you that this girl was never like this in high school. She was very punctual, had great attendance, and always did her homework. But I suppose that with the new profound freedom she had at university, all of that flew out of the window.

Oh, but when she received her first ‘bad’ mark, all hell broke loose. She started panicking and anxiety levels began to rise. She. Could. Not. Believe. It. It was like the universe was telling her to pay attention and take her studies very seriously, or something.

The bad girl was gone, and in came the stress-induced, mental-breakdown, psychotic girl that always seems to be crying from the pettiest of things. Oh, and let’s not forget about midterms and finals, when the weeks were solely intended for freaking out and intense reading. It was the time of being at her most vulnerable state, and because of this, everyone was scared of her or for her. Even her parents were always asking questions like, “are you okay? Are you sure you don’t need Dr. Phil?”

I mean this girl was so naive about the ‘real’ world – which to her starts at university life – that she thought that by asking her TAs if she could redo some quizzes she could get that extra 5% that she desperately needs. To her surprise – and no one else’s – they all rejected her and said: “this isn’t high school.”

But, from all that anxiety and stress, she managed and was able to take a few things out of that whole fiasco:

Overall, she learned are the important things in life: how she needs to talk to her family every day, even when she’s feeling like she’s on top of the world or when she’s at the lowest of the lows. And finally realizing who to fully give her attention and care to amongst her group of friends because, as cliche as this may sound, time is too precious to waste. She cannot waste it all on crappy friends and decaffeinated coffee. Essentially, she learned how to appreciate the good things and take things little by little, otherwise, all everyone will get is the bad stuff from the girl and not much of the good. She learned how to be an adult: how to be responsible and still have a good time at the same time.

Now that we’re at the end of the story, let’s all say cheers to college for teaching this girl the hardships. Without it, she would not be able to appreciate the little things.

Featured image via wal_172619 on Pixabay

The Facts Tell Me I Can No Longer “Agree To Disagree”...