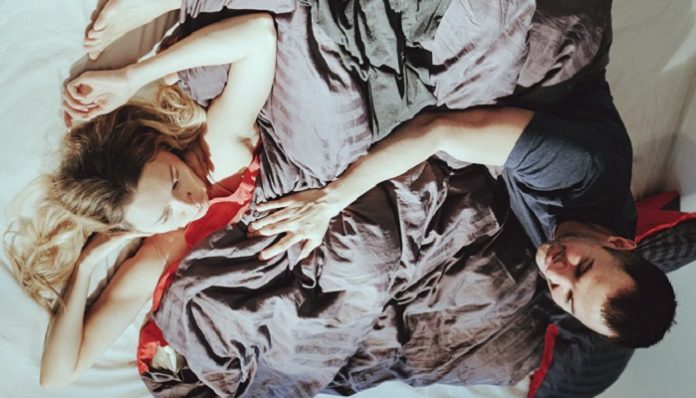 We’ve all been at a point where we are out of ideas for how to get our men going, or have no clue where to even start. It’s normal, especially after you’ve been together for so long, or if you’re a little shy in the sexy department. Foreplay is probably the most exciting part about sex because of the anticipation it creates. If you need some ideas on how to give your sexy time a little kick-start, here’s my foolproof list:

Sending a naughty message throughout the day of what you’re thinking about or what you want to do to him later. This is always a much-appreciated love note in a man’s world. It catches him off guard and gets him uncomfortably excited in public, so you know you’re gonna get it good when he see’s you next.

2. Mark It On the Calendar

If you two are planning your busy schedules, pick a random day and say “we’re going to have sex on this day” so he knows it’s going to happen. Then on the day of there’s something sexy about it being pre-planned, like your own rendezvous.

3. Keep Your Coat On

If you two are going out somewhere, even to buy groceries, slip on a little something sexy underneath your coat and keep it on the entire time. That way when you get home and you take it off in front of him he’ll get extremely turned on knowing you went out like that and he was oblivious to it.

4. Surprise Him With a Gift Card

Slip him a Victoria’s Secret gift card and say “we’re going shopping, pick whatever you want me to buy.” That way he gets the final say of what he finds sexy and the shopping experience in itself will get the juices flowing for when you get home.

The classic way to get extremely turned on in public. Go to dinner, pretend you have no idea who each other are and role play a bit. It’s extremely sexy to have these alter egos.

If you’re at an event and getting antsy, just whisper to him, “I want to go home.” He’ll ask you why and tell him, “because I want to get you naked as quickly as possible.”

Even if you’re not sleepy, tell him you want to take a nap. And when you two are snuggled in bed together, let your hand wander a bit below the sheets and get a good feel. He’ll be pleasantly surprised.

Leave a trail of goodies around the house for him to follow, all leading to you in a very special situation; wearing a sexy outfit in bed or hiding in the bathroom in the tub. The more articles of clothing he finds scattered throughout the house the better.

Don’t be afraid to scrub your dirty boy down and get a good bath going. Sexy things can happen while you’re intimate in the tub…especially if there’s a removable shower head… just saying… for your benefit!

If he’s tied up in watching the game, don’t be afraid to call a timeout, give him a penalty and send him to the box to think about what he did (or what he’s about to do). Bonus points if you stand in front of that TV while in a sexy refs outfit.

Set your alarm an hour early one morning so when he sees the time he’ll complain about being awake too early. That’s when you make your move and prove the early bird really does get the worm.

12. Surprise Him With A Meal

If he’s working late and expects you to make dinner, don’t hesitate to tell him you got something special for dinner planned. When he asks you what it is, send him a picture of between your legs, if that’s your thing, and wait for his reaction… and see what he does when he gets home.

Catching him off guard is one of the sexiest ways to initiate intimacy. Ultimately, he’ll appreciate the effort on your end and those memories usually lead to your greatest sex stories. And if you’re worried about having to keep the momentum up after the initiation, don’t worry, he will most likely take control after that.