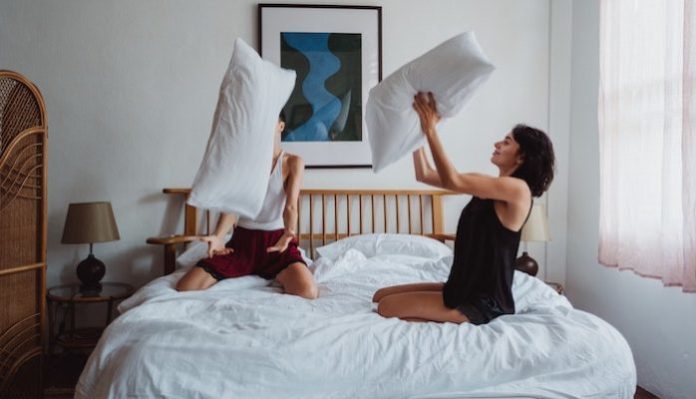 Before I met my current boyfriend, I never enjoyed sex.

I was never one of those girls who cared much about her virginity. Honestly, I was happy to have it taken because it was never a special thing to me. I’m not sure why I felt this way, I just didn’t understand what the big deal was. The person I lost my virginity to was somebody I cared about, which was something that I did want, but the actual taking of my virginity (I will spare you the gory details) was nothing special and I didn’t care because I never wanted the candles or the passion. I thought sex was just something that people did and so that is why I did it with a lot of different people, usually always drunk.

I know that sounds horrible. I let anybody who gave me attention have the most private parts of me. I never once stopped to think that maybe I should be selfish and have sex because I wanted to feel good, not make somebody else feel good. I was shy and awkward and had no idea what I was doing. At the time it was the “cool” thing to do and so I continued, for many years, to have sex that had no meaning and definitely no orgasms.

Also, I literally had no idea what an orgasm even felt like until I was 20. I lost my virginity at 16. How sad is that??

None of my partners ever asked me what I wanted or what I liked. I would just go through the paces of sex. It was like some weird routine to me that didn’t make sense because it never felt bad but it also never felt amazing like it seemed to feel for everybody else. I started to think that maybe something was wrong with me and I would never have an orgasm.

As I read this to my current boyfriend he’s laughing because now I have multiple, screaming orgasms whenever I want!! Yay for orgasms!!

The point is that I never had an orgasm because all these stupid little boys I had sex with only cared about their own stupid boy penis. I am going to take some responsibility for this as well because I never spoke up and voiced what I wanted. I thought that if I told a boy what I wanted that he would think I was being annoying and to be perfectly honest I was so uncomfortable talking about sex that it made it even harder for me to enjoy it.

But then I met my current boyfriend and everything changed.

I have never been with somebody who makes me as comfortable as he does. Our relationship started slow but was (and still is) full of so much passion that I squirm with excitement over just a small kiss goodnight. He asks me questions and tries new things. His priority isn’t him it is me. To be blunt the thought of me having an orgasm makes him have an orgasm, so he takes his time and gets to know my body. Overtime I slowly became more and more comfortable, and that is when my inner sexual goddess came out. We’ve been having mind-blowing, amazing sex ever since and that was over two years ago.

Sex should be fun and passionate. It should be with somebody who cares about your orgasm just as much as they care about theirs. Don’t ever feel like you can’t voice what you want in bed because that will not only hurt you but also your partner. It took me a long time to finally feel sexually confident in myself and I hope that every woman has a moment where she knows this feeling.

Life is too short to not have an orgasm.