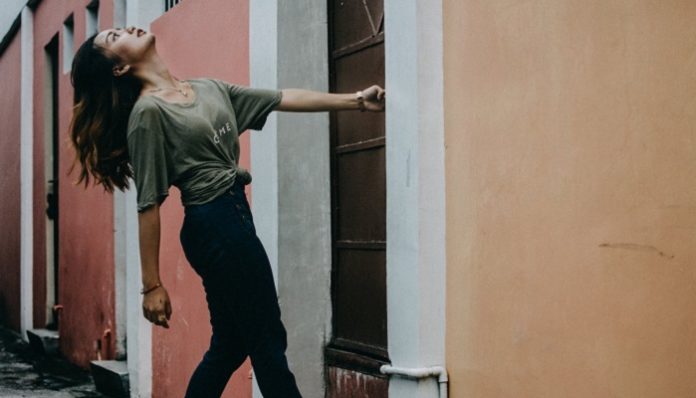 Do you ever find yourself in a great place in life where you’re finally content with being single? And then all of that goes down the drain because you met a great guy? But just when things get amazing and you can picture yourself having a great relationship together, things start to change? Then you start wondering if he’s ghosting you and you become the “crazy” girl you swore you’d never be? We’ve all been there.

It’s genuinely hard sometimes to figure out if he’s actually busy or something serious is going on, or if he’s just trying to ghost you. I’m not trying to ruin your fantasy, I’m just trying to inform you of what this behavior usually means. Here is a list I’ve compiled with the most noticeable signs that you’re being ghosted:

The conversation usually goes like this: “Hey, we still on for the movies tonight?” *takes forever to reply* “Hey, sorry I can’t tonight. My buddy needs help with his truck.” Then you’re left with a sharp pain in your chest and disappointment written all over your face. The more he starts to cancel the more interest he’s losing. He just doesn’t want to see you. And I know what you’re thinking: “But he said he still wants to see me!” You’re wrong. He wanted to see you naked and you either caved in or refused to let him so he’s giving up.

It’s been a day since you heard from him last, why not shoot him the “hey” text? But when it’s literally every single conversation, then that’s a huge warning sign that he’s planning on performing his Houdini disappearing act. This is a huge sign! I know you want to stop trying but the second you stop you’re scared you’ll lose him forever. Newsflash: He’ll come crawling back in months; don’t cave when he does.

“Hey, what’s up?” “Nothing much, you?” “Nice.” Well, there goes that meaningful exchange. We’ve all had a short conversation at least once or 3 million times, right? If he’s not interested in talking, you’ll see why really quickly. Don’t force a conversation and do not hit him with the double text. Just don’t text him at all at that rate.

He Says “I’m Busy” When You Call Him Out

So you finally grow a pair of balls and ask him why he’s been so distant and what changed. You’ve been noticing this change for a while and you really need an answer so you stop being crazy. Nine times out of ten, he’ll say “I’m busy,” and get extremely defensive. His stories change and he usually always relates it to work or school problems. It’s bull crap. He’s probably seeing someone else on the low and blaming it on workload, or he’s trying not to sound like a tool. But he is, simply because he’s making a horrible excuse.

You Defend Him In Front of Others

“Have you seen him lately?” “No, he’s been really stressed with a project he’s working on.” There are so many excuses you’ve made for him and you’ve defended him to your family and friends for long enough. You even make excuses in your head to make yourself feel better about what he could be doing without you there. Just stop. Admit he’s being selfish and distant.

Let’s face it, you two had a great first date and from that point on everything moved so quickly. Because you were going faster than Usain Bolt across the finish line, you let lust control your body and believed it was love. Does the line “this feels different from anything else I’ve ever had” ring a bell? Of course, it does. It was a ploy all along to get you into bed and to leave you.

“I Don’t Want Anything Serious”

They always drop that line, yet they tell us a hundred other sweet nothings, give us their time and affection, and give us every reason to believe they genuinely want something to do with us. It’s happened to you; it’s happened to me; it’s even happened to the boss you don’t like when she was our age too. The moment he says that line you should head for the hills running. Save yourself before it’s too late!

Your Gut Tells You So

If that pit feeling in your stomach is telling you something isn’t right, listen to it. Even if he’s not doing a thing on the list, bring it up to him and see what he has to say. If he denies it and you still have that feeling, don’t be surprised when he turns into Casper the not-so-friendly ghost within a few short weeks.

If your man is doing at least 5 things on this list you have something to be worried about. Again, I’m not trying to be bitter about this situation, but let’s face it. You probably read this article and agreed with more than half of these points and could recognize those conversations as familiar ones you’ve had. Become a ghostbuster and figure out what his plan is so you can leave him before he leaves you.

A Survivor’s Fear: When Your Abuser Is Released