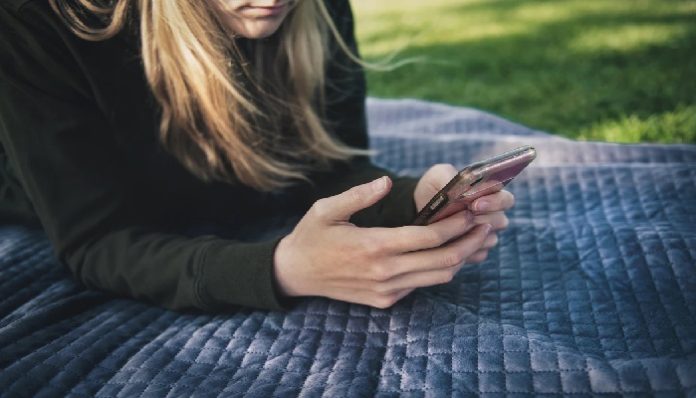 This is what I think: Everything is too easy today. Socializing, dating, sex. It’s easy to exchange numbers and then do nothing with those digits in the future. It’s easy to swipe right and tell someone you think they’re hot but leave it at that. Easy to hookup and then never speak to that person again. Life, love, and romance is just easy easy easy.

Of course, being easy also comes with our innate skill to not appreciate the people in front of us. And when you can pick something up and drop it faster than a hot potato, why would you appreciate it anyway?

I’m a believer in good, but I fear people don’t have basic human decency anymore. Back in the day, you wouldn’t have any way of simultaneously talking to 20 potential hookups at one time, juggling hearts and feelings. A guy would actually have to physically walk up to a girl and generate a conversation out of thin air. And yes, I said conversation (as in real life). Texting didn’t exist, so you’d have to ring someone up and speak to them on the phone – sounds weird I know.

It was effort, so you wouldn’t go for it unless you were really vibing on someone. The only Netflix & Chill going on was an actual date to the movies. Maybe it’s just me and my old soul talking here, but this seemed like a far better time all around. Less screwing with people, and no ghosting.

Ghosting – URRRRGGGHHHHHHH. It makes me want to cry that this has become an actual thing that people consciously decide to do to other people.

Please do not ask me for my number, talk to me like you’re super into whatever this is, and then disappear two weeks later without so much as a peep. You’ve read my message – I can see it you DAMN FOOL. You’ve also been online a dozen times today, so you ain’t busy either. You are just being an a-hole and it’s not okay.

When did you decide I’m not even worth a text back? Motherf*cker, who the hell do you think you are to make that decision about someone you don’t even know?

I sometimes find myself wishing texting was never invented,

because then this whole ghosting phenomenon would never even have happened. What would it even look like 50 years ago?! Picture this: A guy talking to a girl, girl replies to something guy has said, guy keeps mouth shut, says nothing, and runs away as fast as he can like a damn fool.

I don’t want this to be easy. I don’t want faceless and impersonal chats. I want you to put yourself out there and call me on the phone; hand write me a cute and personal note; and take me out on an actual date. If you don’t find yourself wanting to do any of those things, then why are you still wasting my time with the odd pathetic and impersonal, ‘Hey, how are you’ on a Tuesday morning when you’re bored at work. I want you to mean what you say, and say what you mean. And we sure as hell don’t know each other well enough for you to be dishing out eternal silent treatment after week two.

Man (or woman) the f*ck up, do the right thing, and tell me you are not interested/you are actually seeing someone else you like more/you don’t see this going anywhere – I would far rather hear that than cold-hearted silence. I’m a grown up, and I’ll get over it. After all, why would I wanna waste another second talking to someone who isn’t on the same page as me? By all means, fly off and do your thing, but please, let me know so I’m free to do mine.

What would your mother think if she knew you treated people this way?

It is the lowest of the low in my opinion. It tells me you have no backbone and are very selfish and extremely careless with other people’s hearts. I one hundred percent believe in karma, and one day you will know what this feels like.

It sounds so cliché and obvious, but I feel it needs to be said because people just don’t seem to get it: treat everyone as you would like to be treated. Did someone ghost you? Did you feel like you were going crazy trying to stop yourself from texting them just to find out why they couldn’t be arsed to even end things? Making excuses for them like maybe their phone died and they lost all their numbers/maybe they died? But really, deep down, you know they’re happy & healthy and not even giving you a second thought. Yeah. Don’t do that to anyone else. It’s not cool, and it’s not nice. There is NO excuse, ever. It’s really really shitty. So, stop it.

Here’s What Experts Say Works Best When Trying To Meet Your...