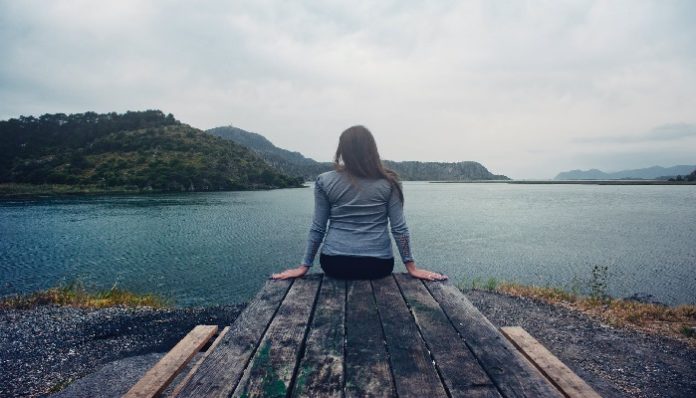 We’ve all done it, you go out on your Tinder date, come home and your roommates ask, “So, how was it? Tell me everything.” You kind of shrug it off and give the “Eh it was okay, I’ll probably never see them again.” You go on with your evening – have a glass of wine, and swipe through to find your next date. Maybe they text you, but again you nonchalantly shrug it off and don’t reply. You my friend, are the ghoster.

Thanks to a world filled with technology, we’ve now become so accustomed to not having to face our peers when something is wrong. 90% of communication is done through texting. We now meet people online and text them before ever meeting face to face. Everything from your typical “first date” qualifying questions to break ups can happen through text or email. Sometimes, the break up just never happens at all.

So it finally happens, you find what you think is your diamond in the rough after sifting through months of terrible dates. Maybe you see each other a few times, it really seems like it’s clicking. Then a week goes by, no sign of your Tinderella. They’ll text back and come up with what seem to be decent excuses not to hang out. So, you chalk it up to they’re busy, you don’t want to seem needy. Then two weeks go by, and still nothing. So where did it go wrong? That’s when it hits you, you’re being ghosted.

It hurts, which is weird for you because you don’t ever let yourself get to that vulnerable state. You start to think of all the poor Tinder’s you did this to before. You start to feel like crap – when did the world get to be this way? Why can’t we just say what we’re feeling? It’s simple, it can be done in a text – “Hey, you’re great, but I’m just not done playing the field.”

We have this strange fear that if we send that text it’s going to start World War III. In reality it’s just common courtesy. I’d rather not spend weeks wondering what happened, where did I go wrong? Did I say something weird? You start replaying every date, every hang out, every conversation in your head. Did I mention something that scared them off? The truth is, it honestly probably wasn’t any of the above.

The fact of the matter is – it’s not you, it’s not them, it’s society. I know, so cliché and really it’s so much easier to put the blame on yourself. But they probably just weren’t done dating around and don’t have the guts to say it to your face. This is the world we live in now, this has become a social norm. So how do you deal? Are you just never going to date again? Of course not. So, you gather up your courage, and start swiping again. But, now that you’ve been ghosted, you know the signs. You will now know not to make a fool of yourself and text them multiple times without answer or lame excuses. If you’re on the flip side, you’ll now think twice before ghosting again.