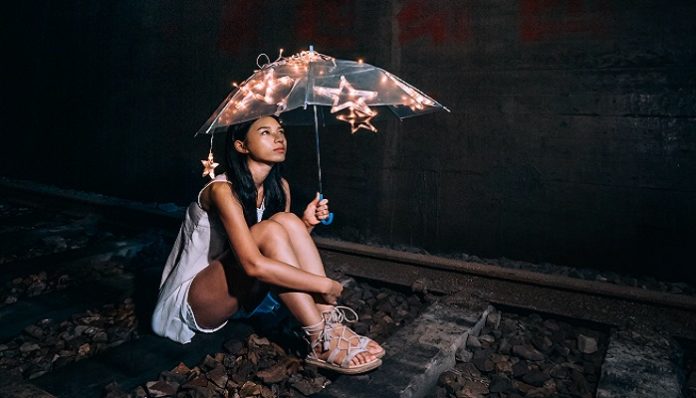 I never intended to give up on dating so early in life. But, well…here we are. No part of me foresaw myself writing off dating before my 23rd birthday. But it looks like I am.

Dating and relationships have never been super important to me. Growing up, I’ve always been very independent. Perhaps I was just with the wrong guys, but because of that, relationships to me seemed like a threat to my independence. I associated relationships with losing the biggest and most important part of myself.

It wasn’t until about a year or so ago that I began to see relationships less as something I had to do and more as something I wanted to do. Suddenly, I wasn’t afraid of losing my independence. It was then that I began to see relationships as something more. It was about having someone you can always count on. It was about there always being someone to see the world with and go on new adventures with. I was ready to share my life with someone other than myself. What I didn’t expect was how hard and incredibly grueling it can be.

You see, the fact of the matter is that I’m tired.

I’m tired of spending so much time and energy on guys just to watch them fade out of my life because they’ve found someone better. I’m sick of putting myself through that, and then to be reminded over and over again that there is always someone better. It’s so tiring waiting for someone else to text first for once because I’m tired of always having to be the one to do it. I’m tired of being strung along for months just to watch them get bored with me and drop me like I’m nothing. I’m done being someone’s second choice, and I’m certainly over being treated the way that I’ve disgustingly allowed some of these men to treat me.

I’m tired of kissing frogs and never finding my prince. It’s so incredibly discouraging to go out with guys night after night, only to come home and feel infinitely worse about yourself. It’s grueling to find a connection with someone only to find out that they didn’t feel it, too. It’s knowing that when you say goodbye at the end of the night, you’ll likely never hear from them again.

I’m tired of guys finding me intimidating, and somehow, that’s my fault. One pattern I’ve noticed about guys is that they tend to complain that girls are alike; we’re unoriginal, we’re “basic,” we’re just like all the others. They find a girl that is so unique, so original, so different – yet toss her aside for one of his “basics.” But I’m not like all the others. I’m passionate about things that apparently make men uncomfortable. I’m not shy about sharing my feelings and I don’t hold back; I’m not afraid to write about things that others might hesitate to. I’ve got my head in the clouds and my feet on the ground. Men call girls like me “crazy.” I’m intelligent and that makes guys feel inferior (a guy actually told me this, LOL). I know how to make you laugh. I’ve done some impressive things in my life. You can sit and describe to me the perfect girl for you, and essentially you’ve described me, yet I still won’t be good enough. The worst part of this? Guys who say these things to me turn it around to make me look like the bad guy. As if it’s my fault that their insecurities are tickled when I’m brought into the picture.

I’m tired of all the games. It’s 2016 and I’m tired of being judged for wanting to split the bill. It doesn’t make you any less of a man, and it doesn’t make me any less interested in you. I’m burned out from waiting around for someone to call or text. I’m sick of the “playing hard to get.” Ghosting is for teenagers. We’re adults – tell me you’re interested or tell me you’re not. This isn’t going to blow up as much as you think it will if you’re just honest with me. I’m not stupid and I can see you doing these things while you think you’re so sly and undetected. I don’t need some bullshit like “you deserve so much better” or “you’re just too good for me.” Be honest and tell me that it’s just not there for you. Tell me you’re not interested so we can both move on with our lives while doing minimum damage to each other’s self-esteem. Yes, I can take a hint, but I shouldn’t have to.

Maybe someday, I’ll put myself back out there. But today, I’m through doing these things to myself. I’m done getting my hopes to watch them be crushed. I’m done overanalyzing everything to try to “fix” myself when in reality, there was nothing wrong with me, to begin with. I spent so much time building myself up to a point where I loved myself and felt comfortable with myself and it’s not worth retrogressing my progress. It’s time for me to take a seat and learn to love myself again, even if that’s something someone else doesn’t want to do right now.

Featured image via 丁亦然 on Unsplash