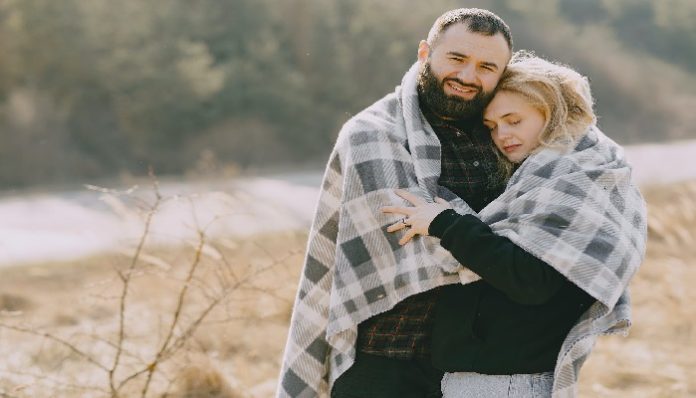 A lot of women in their 20s are beginning to focus on finding the love of their lives, sometimes at all costs. They’ll turn to online dating at an age where we should be focused on having fun and living our lives. Part of this is society’s fault. They tell us we should be settling down and starting families. Not me. I want to learn. I want to live. I want to see the world. I know I have a lot more to give to this world than a couple of potty-mouthed mini-me’s, and I’m determined to do so.

They want the Hollywood kind of love, where everything is perfect and everyone is always happy. The kind of love that sticks to a strict schedule: you’ll become engaged after 18 months, marry 18 months after that, and pop out a kid or two within a few years. I don’t want that. Up until recently, I thought I was perfectly content on my own. And I still am. But now I am more aware of what I want in life, and in love.

I see other couples who are seemingly perfect for each other and think about how happy I am for them and how lucky they are to have found each other. I’m an extremely picky person because I don’t like wasting my time with someone who doesn’t have a true, solid connection with me when I could be spending it working on myself or seeing the world or whatever I choose, so I think this is a rare thing to find. For being an extrovert AND a people person, I generally don’t like people. If that sounds contradicting to you, it’s because it is and it’s confusing, even to me. It makes me evaluate what it is exactly it is that I do want.

I don’t want a boyfriend; I want a partner in crime.

I want someone who will hold the door open for me, but will also let me pay when I want to. Chivalry isn’t dead, and neither is feminism. I want someone who recognizes that I’m independent and will celebrate that.

All of this, I would return. I would never ask something of someone who I could never do myself. That’s the kind of love that I want.

The kind of love where you always have someone on your team and you never need to doubt it. You know that they are your better half. You know that you are a better person simply because they exist and they exist with you. It’s when we exist both together and apart, because we both maintain separate lives away from each other, too. The kind of love where you know that they are your best friend in the entire world and that you’d do absolutely anything to see them happy.

The kind of love where there are no expectations or timelines or pressure because we’re content where things are at and that’s all that matters; one where we stay in and hide from the world in our blanket fort because we can.

The kind of love where we get up a bit earlier than we need to, just so we can have a few extra minutes to be together and awake (and to cuddle).

The kind of love where we travel together and you’re totally okay with my quirky travel habits. Like my habit of booking airplane tickets and only tickets and then figuring out the rest as we go. It doesn’t matter where you are as long as you’re with them because with them, you’re home.

The kind of love where you do everything you can to fix them when they’re broken, even though you know that sometimes nothing will make it better. It’s about being upset because they are upset, and being happy because they are happy.

The kind of love where you ask about their day and genuinely want to hear their answer.

I don’t want a boyfriend; I want a person, a teammate, and a sidekick. And that is the kind of love I want.