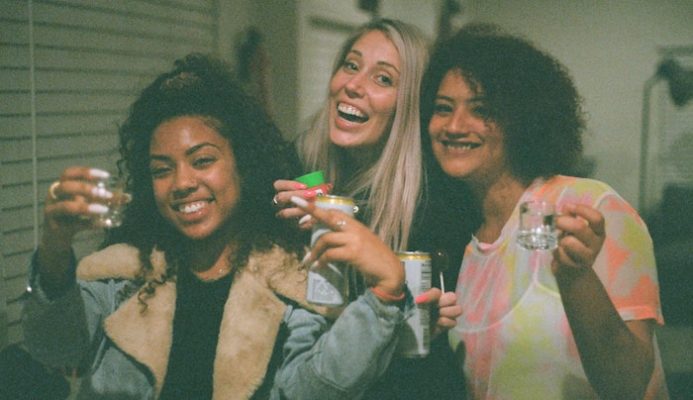 As we get into our early to mid-twenties, ew gag me…I swear I was just sixteen yesterday, love becomes a more popular topic of conversation every day. It seems like I can’t go anywhere, family parties, work, the grocery store, hell I can’t even go to the bathroom in a public place without running into someone who is bound to ask that dreaded question, “so are you dating anyone.” My answer is always the same, “no, why would you date one person, when you could be dating five.” Then comes the awkward chuckle followed by the look, you know the look,  usually accompanied by the aw honey, you’ll find someone. Well…thank you? I know I’ll find someone, well duh, I’m fucking awesome. It’s not a matter of finding someone it’s a matter of finding the one.

“Disney lied, there is no such thing as fairy tale love.” Well call me crazy, but I think this could be one of the dumbest quotes I’ve ever seen come across my Tumblr feed. Did Disney lie or are we just too anxious to take the next step to wait for the right person to come along?  I can honestly say I have truly had the heart in the pit of your stomach, butterflies every time you see them, absolutely crazy feeling, about one single person in my whole life…and guess what I was sixteen, and it lasted for all of maybe six months. Okay okay so maybe it still happens when I see him, but who’s here to judge? But I do know, or at least I think, that’s how you should feel when you’re in love.  I know  I’m not going to settle for anything less than that feeling again, and neither should you.

Women are the most independent they have ever been in the history of society, think back even just twenty years ago, women in a business setting were almost unheard of. Girls these days go to college, get amazing jobs, can make up to six figures a year on their own, but they still feel that if they aren’t in a steady relationship that there is something wrong with them. In an age where the internet rules the world, I feel there is much more pressure now than there has ever been to get into a relationship. Every time I log on to my Facebook, I see another girl I went to high school with either engaged or pregnant. Mean while, I’m sitting here contemplating my next line to the sexy guy I just matched with on Tinder or fussing over which flavor of boxed wine to snag for Friday night’s pregame…and you know what? I am completely fine with that. We have our whole lives ahead of us to be tied down, why rush it?

Our 20’s are meant to be our selfish years. How are you supposed to love someone else if you don’t even know who you are? The way I look at it, you are never going to be younger than you are at this very second in time, so why not take these years for what their worth? Drink too much, even if you have to go to work at 8 a.m. the next morning, a few cups of coffee and an adderall can cure the worst of hang overs. Spend money you don’t have, wake up in the morning to check your bank account and see you actually did spend $100.00 at the bar last night. Date the wrong guy, or maybe two or three of the wrong guys, so when the right one comes along, you know it. HOOK UP WITH THAT SEXY GUY THAT’S HITTING ON YOU!! Even if he is a stranger and you don’t remember his name the next morning. If nothing else, it will make for a funny joke for you and your friends….well maybe a few weeks later when you’re over the embarrassment of not only accidentally leaving your underwear in his room, but also texting him blacked out a few nights later when all your friends told you not to.

If there’s one thing that women in their 20’s don’t understand…WE ARE NOT OUR MOTHERS. Yes, maybe your mom at your age was married and pregnant with her first, or maybe even second child. Notice how the divorce rate in our parent’s generation is the highest it has ever been? And maybe you’re in the small portion of people whose parents are still together…don’t you want to wait for a love that will last that long? My point is, being 20-something is awesome, enjoy it. If you let society pressure you into a relationship because it’s “the right time” and not the right feeling, your relationship is going to end faster than Kim K and Humphries; And thanks to E! we all felt the pain of that one, no need to go through it again.