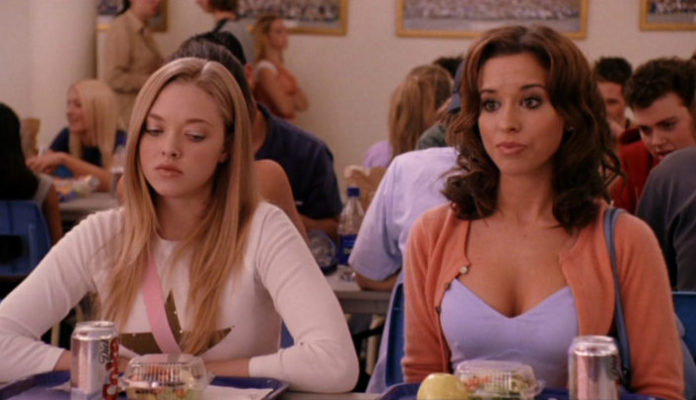 Webster’s dictionary defines the word bitch as the following:

Urban dictionary on the other hand of course has their own twist on things:

Bitch: a word used to describe the act of whining excessively, or a person who rides specifically in the middle of a front-seating only car meant for 2 passengers or less or a Modern-day servant. Or see basic bitch.

Those last two words really get me going.

That second B word is so mindlessly tossed around; inappropriately incorporated into the language which we use to converse with one another on a daily basis.

Let’s discuss the birth of the “basic bitch.” Whoever is the brain behind this one deserves to be clocked in the head with a stiletto. What better way to socially encourage linguistic shaming of one another than to make it a title so broad that it applies to almost every 21st century girl.

Just because I like Starbucks (they have the best brews), own white converse (I have a black pair too, if that helps), and know every Taylor Swift lyric to date (so does my dad, okay!?), it does not make me a bitch! How embarrassing is it that our society has completely lost context of a word and the emotional damage it can cause?

Are we that linguistically insensitive?

For a generation that prides themselves on making steps towards overcoming the prejudice and discriminatory issues of the past, we still have quite a bit of work to do. Yes it is amazing to see corporations stepping up and instilling laws to equate female and male salaries, or quotas being enforced to balance out gender ratios in the workforce. It’s inspiring to see more women hold positions of political power, and witness the increased media attention surrounding women empowering one another. But as progressive and great as these huge steps in the right direction are, it’s unfortunate that our generation is slipping on the little things. What are these little things you ask? The everyday language which we choose to use is a prime example.

There’s only one thing I can think of that is worse than a male calling a female a bitch….

It’s a female calling another female a bitch.

Why the f*ck do we call each other bitches?

I couldn’t tell you why but women have become socially accustomed to referring to one another by this derogatory term. The age at which this bitch brainwashing begins is rather alarming. Lurk the Instagram accounts of a couple high school girls, and you’ll be uncomfortably shocked to see the number of comments saying “Love you bitch” or “Such a pretty bitch.”  Blame media, or movies like Mean Girls, but we, as a gender, need to be supporting one another in a manner that can only have a positive connotation attached to it.  It’s rather difficult to propose initiatives that embrace gender equality and feminism when a portion of the female population doesn’t walk the walk to back the talk. Of course (or at least I hope that) these girls don’t actually mean to put each other down with their comments, but that’s besides the issue. The fact of the matter is that ignorance with regards to the word, it’s true meaning, and the emotional implications it can cause, are ignored and not considered.

Like most of my articles, I too fall victim to the issue I am discussing. I’ve definitely tossed around my fair share of bitch bombs, but that doesn’t mean it was the right word or context to be used in. Considering all the words we have in this bloody language, are we that psychologically lazy to think of something more appropriate to call one another?

I will be the first to admit, I can have a bit of a potty mouth. I could blame it on my history of playing competitive sports, or on the fact that I work in a nightclub, or the fact that I live with a bunch of boys, but at the end of the day, I am responsible for each syllable that comes out my (big fat) mouth. I’ll never forget the first time someone told me I needed to cut back on my swearing.

“You know, people who swear only do it because they can’t think of a more intelligent word to say.”

For someone who prided themselves on reading multiple books a month, that was definitely an ego bruise. And it’s a statement that has resonated with me since. Let’s be real, you should always think before you speak because making a joke in 2016 is just as risky as investing $10,000 into some unknown starter company. But this conscious effort in choosing my words has made me really begin to reconsider swearing, specifically my use of the word “bitch.”

Once I became linguistically aware of the word, I was amazed at how often I caught myself, and others, on the verge of uttering that syllable, and how easy it was to find a different word that is just as suitable to say instead. The most unfortunate part of my experiment was that the results shows that 9/10, these situations occurred when telling a story referring to another female. The remaining 1/10 was a story about a guy who was “acting like a little bitch” because he was afraid of something (which is another article for another day).

You know when someone deserves to be called a bitch?

When they are a dog.

How To Make Being Single A Blessing (Even If You’re Afraid...