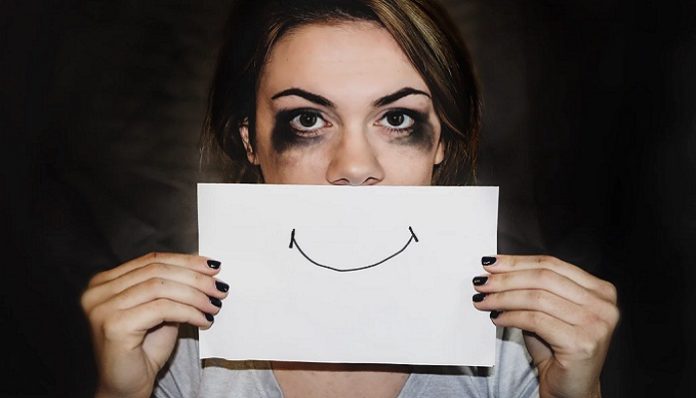 One year and eleven months…twenty-three months…ninety-two weeks – however you want to spin it, that’s roughly how long I have lived with depression and anxiety. They’re words that get tossed around frequently but there’s usually nothing more to the conversation. Once it’s brought up that someone suffers from it, the conversation dwindles or goes elsewhere.

They’re often referred to as “taboo” words. We don’t like to talk about the things we don’t know very much about. I will give some credit where it’s due, however, as I imagine that attempting to have a real, empathetic conversation with someone who suffers from it while you have no idea what it’s like could be very difficult and quite uncomfortable, to say the least.

Everyone experiences depression and anxiety differently. Hopefully others may be able to relate to my experiences and those close to us will have a better idea of what we’re going through. Here’s what my depression spells look like:

I’m not happy, but I’m not unhappy either.

I can go weeks (and even months) feeling so great that I start to think that I’ll never fall into that hole again, only to find myself back at the bottom of it a few weeks later. I feel a weird sense of hopelessness, in a depressing “what does it matter, we’re all going to die” kind of way. I hate feeling that way.

I feel okay when I’m at work and I’m keeping busy. I will sometimes feel okay when I’m with friends and family, but I mostly feel alone regardless of being surrounded by people. When I’ve been with other people for most of the day and I’m forced to come home to an empty apartment, the change is too much and I feel overwhelmed by the loneliness, usually succumbing to another anxiety attack.

I feel empty and numb and when the anxiety kicks in, it’s an underlying feeling of impending doom and guilt. I constantly feel like I have done something wrong or bad. You know that pit you feel in your stomach when your teacher yells at you in front of the whole class? That. Times ten. I don’t care about anything, which I admit was nice at first to have that power to not give a shit, but as time wore on, it lost its novelty and it would be nice to feel something other than nothing. It was easy at first to act like I was okay. I’m usually pretty upbeat, outgoing, and optimistic. As I keep on pretending, it has become so physically and mentally demanding to pretend to enjoy doing things I normally enjoy doing and I am exhausted all the time. It’s hard to find things to do to keep you preoccupied when you find literally nothing enjoyable.

I can’t remember the last time that I truly felt like “myself.” I spend most of my time pretending to be “myself” and it’s so draining. I do it so people don’t worry about me, and no one ever seems to notice that something is wrong.

I feel exhausted, yet restless.

I have no energy to interact with others, yet I cannot stay in one place for too long and I’m determined to keep my mind preoccupied. I always have the feeling that I need to be doing something, yet I can’t ever figure out what. I get a sort of “escape” mentality and I get the sudden urge to flee. I can’t stay there; I need to leave, but my mind is on overdrive and I can’t make any decisions, so I usually end up lying face down on the floor trying to calm the hell down. I often feel that life is moving at too fast of a pace and I’m caught behind. I’m backed into a corner and I can’t escape it. I feel like a burden to everyone around me and I constantly feel like I’m being bothersome.

I don’t talk about this stuff. I’m not embarrassed about it, but I feel like a burden to anyone who doesn’t know what it’s like.

I have built an identity for myself centered on being mentally and emotionally strong and fiercely independent, and when I expose myself and my issues, I feel weak and vulnerable, like a turtle out of its shell.

I get clingy. I don’t want people to treat me like I’m delicate and fragile. I don’t expect others to understand. I treat myself like a lone wolf because I mistakenly think it’s easier than accepting the support of others, telling myself that they don’t know what it’s really like.

Let’s talk about it. Let’s remind others how important they are to us. Let’s tell others that we have their back and that we’re here for them, and then let’s follow through on it. Let’s check in with one another, and more importantly, let’s educate ourselves on depression and anxiety so that we’re prepared to have that conversation.

Originally published by Under the Labels.

7 Ways To Keep Your Romance Steamy During The Quarantine