Questions. That’s what you’re left with when somebody breaks your heart. Was I enough? Did I do something wrong? Is there somebody better? We torture ourselves into believing that there are answers to these questions and that they will somehow make everything better. We don’t actually want to know what the answers are. What we want is to understand how somebody could make us feel as though we need to question love. Heartbreak is by no means a feeling I would wish upon anybody. It’s messy, confusing, and frustrating. You have good days and bad days. Mostly though, you spend a lot of time wanting to hear all these words from the person who loved you and left you. 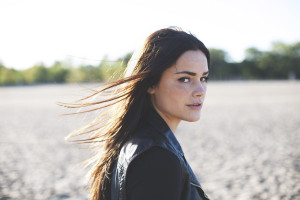 You want them to text you a week later saying they made a mistake. You want that text so badly that you constantly check your phone hoping that you’ll see their number. You want a long paragraph, something well thought out and full of emotion. You want them to tell you that they can’t imagine being without you. This text is what you dream about before you go to sleep and check for as soon as you wake up.

You want them to call you a month later slurring their words after one too many drinks, cursing themselves for ever saying they didn’t want to be with you. You want them to say I miss you because missing you when they’re drunk off of $3 beers means they miss you every day, right? They apologize to you for ignoring all your late night calls. You love this call and you never want it to end so you prolong it for as long as possible until their phone dies and you’re left in silence.

You want them to run into you almost a year later. You want them to tell you that you look great (because you do) and you seem to be doing well (because you are). You want them to offer to grab a coffee with you and catch up. This conversation will feel awkward at first but then it will flow so naturally you hardly realize that time has come between you two. This conversation will tell you one of two things; there’s still an unimaginable love between you two or there is nothing at all. 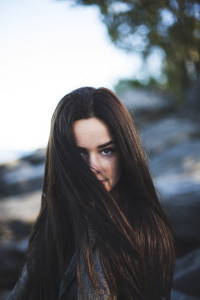 Sometimes you fall in love with people who break your heart. Sometimes love will leave you crying on the kitchen floor at 2 in the morning. It’s okay to want answers to all the questions constantly running through your mind. You want to hear all these wonderful words like they miss you and want you back. You want to be called baby and hear them say I love you again because how could they not want to do that? How could they forget all the nights you spent lying in each other’s arms talking about what you’re afraid of? The monsters under your bed were conquered when they slept next to you and now you wake up every morning hoping that you’ll look at your phone and see a “good morning beautiful” text. It’s okay to want all of this even though everyone is telling you that you are so much better off without them.

You can spend hours, days, weeks, months thinking about everything you wanted them to tell you. Take as long as you want, there is no timeline on when you should stop wanting these words. Most importantly, don’t feel like you’re the only one who has ever wanted this. People lie to protect themselves from the scrutiny of others, so just because your friends are telling you to stop holding out on a text doesn’t mean that they haven’t done the same.

The point is, never feel like you’re the only one waiting on a text or call from somebody who broke your heart. It’s okay to want all these things to be said to you; in fact it’s completely normal. When somebody breaks your heart you are left aching for them and this ache is unbearable. But you will be able to get up off that kitchen floor and close the fridge door. Question love but don’t ever give up on it. You will cry yourself to sleep sometimes when things don’t work out, but you’ll wake up the next morning with a little less ache than the night before. 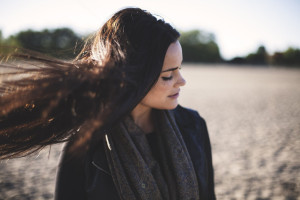 The 10 Best Dressed Actresses of the 2020 SAG Awards Are…

Ask Ada: How Do I Get My FWB Off My Mind After Catching Feelings?