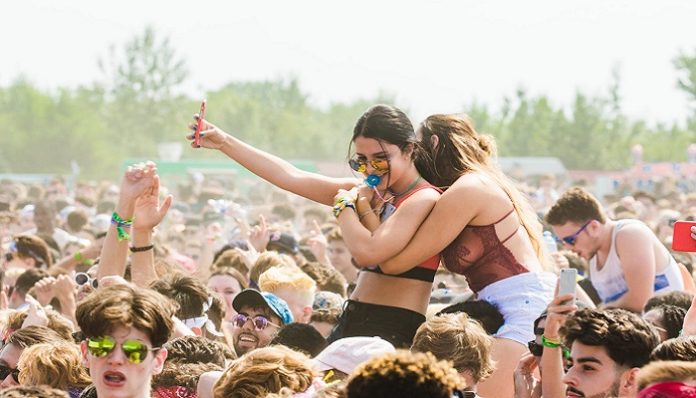 I think it’s fair to say that, and I speak on behalf of most millennials, our generation is brutally stereotyped. Whether it be comments made in media, by our professors, our parents, colleagues, or just older generations in general, people have us all wrong.  Sure, I am probably biased, given that I feel as though I have fallen victim to these unfair comments, but personal experiences aside, there is definitely truth behind most of the statements I have listed there. Disagree? Try to think of a millennial that does fit each of these stereotypical descriptions. For each person that comes to mind, I confidently believe at least 5 names of people who don’t fit these statements could follow.

So, what exactly has been said that’s ruffled my feathers? I’m sure comments of all sorts have been made, but the following five are the ones that I feel I have heard one too many times.

This statement is the one that gets me the most fired up.

I don’t have a single friend that doesn’t have a job, while trying to make it through college, while also still trying to maintain a social life. Sure there will be people who don’t fit this mould, but for the most part, millennials are doing a lot to stay on top of their shit. A lot of shit.

I’ve heard one too many times my generation is “unmotivated.”. I’m not intending to gain any pity votes, but, from my perspective, it’s a hell of a lot harder to be a 20-year-old in 2016 than it was in 1980. I feel as though we are all expected to know what you want to do with your life and act 100% independently the second you hit that legally adult age of 18. Financially support yourself, find something you love to do, find true love, land an amazing job that a gazillion other people who have the same qualifications as you want, obtain some sort of expensive paper that claims you’re smart, and don’t lose your friends or your sanity along the way. Oh, and if you don’t have all of this figured out? Chalk it up to the fact that you are lazy, or must have been lazy for the past few years. Duh.

The internet prevents ignorance. Anything you want to know is available at your fingertips, anytime, any day (given that you’ve been blessed with some solid WiFi). Our generation can’t be ignorant, we are too connected with one another and the world to be so. In fact, we are expected to know anything about everything because it’s at our disposal.

People today know more about other cultures because we are constantly in tune with what’s going on whether we like it or not. You don’t even have to google a newspaper to find out about daily news, just read the sidebar on Facebook and click on things that interest you. Despite the technological effects, communities today are also more diverse than they were in the past. My parent’s friends circles never consisted of people from different races and religions when they were teenagers. Now there’s a point where I will be sitting in a Canadian (which is a dominantly Roman Catholic country) restaurant with a group of friends and be the only one who isn’t Muslim.

We are exposed to more culture, more news, more experiences, and I will admit more opportunities, than our parents were as teens. And that is a combination that cannot breed ignorance.

Yes, we do turn to Google to find the answers for a lot of life’s (and school’s) questions, but that, in my opinion, is called being resourceful. Some may think it’s just taking the easy way out, but I like to think it’s a different kind of “e”: being EFFICIENT. There is so much more on a plate of a 20-year-old today than ever before.

I’ve written about the crazy expectations recruiters have of our generation, and these demands are what require us to be resourceful, efficient, and find the best way to do things. Sometimes, the method chosen may seem like the simplest, but more often than not, it was chosen for good reason.

4. We are self absorbed.

I’m not going to throw out some ridiculous stat about the increase in volunteer involvement of people aged 16-25 today, in comparison to 1970, because I don’t think I need to. Talk to any baby boomer and ask them what volunteer initiatives they took part in during their later teens and early twenties. The responses probably will be half as overwhelming as the response you would receive from a group of college students today.

Volunteering has become the norm. And not because “Oh I need to volunteer to boost my resume”, but instead because our generation just generally gives a fuck. We aren’t afraid to stand up for causes we believe in, whether it be through marches, petitions, on social media, or even just as simple as the increase in voter turnout and participation. Today, everyone seems to be an activist for something, and that’s a generalization we should be pretty damn proud of.

Consumerism is inevitable, and to say that one generation has placed more emphasis on the finer things in life than another is just absolute bullshit. There is always going to be that 1%, whether we are referring to baby boomers, millennials, Generation Y, Generation Z, you get the idea. But to say that millennials today are too focused on goods rather than doing good is way beyond false. Ask your parents how often they travelled in their twenties? Millennials today value traveling, and spending money on experiences rather than items. Yes, there will always clothes and electronics purchased because let’s face it, whether we agree or not, these items are necessities of life.

But keeping this consumption in mind, with the rise of Pinterest and other internet related content sharing sites, millennials have also become DIY-ers. Remember when I said we were resourceful? We also use those resources to spruce up those old jeans into the season’s latest looking jean shorts because if we are able to save a buck here or there, we are definitely going to do so.

Who am I referring to when I say they? To be honest, no one in particular. They could be your parent, your boss, your co-worker, even your grandma. Although I may not know who they are, there is one thing that I am sure of:

We, as a generation, need to make sure the we keep showing them that they are wrong.