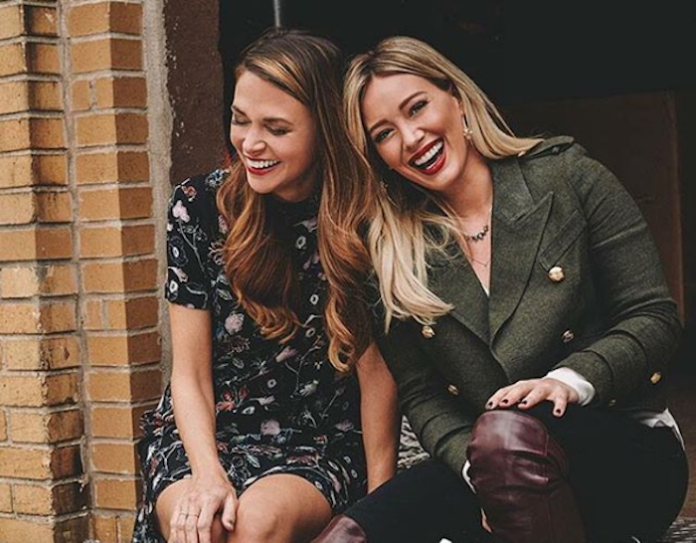 Today marks the premiere of season 3 of TVLand’s original show Younger. When I first heard that my childhood idol and role model, Hilary Duff was coming back on the small screen for a new show, of course I was going to watch it! How could you not?

As each episode of Younger aired, I found myself relating to more than just the topics discussed on the show, but the actual characters themselves. As a millennial trying to figure out her place in this big world, it’s reassuring that I can find someone to relate to. Here is a list of characters that I, and probably you, can really find a similarity to in your everyday life.

Liza is basically a slightly older version of us all, and I love her for it. She is awkward, doesn’t quite fit in with her age-group but still tries her hardest. She understands the struggle of trying to get a position in your chosen field, and represents the goofy good girls. Liza’s confusion with modern-day dating is honestly the story of my life. An old soul with a big heart, Liza reminds me a lot of myself and other millennials who don’t quite fit in with the norms, or stereotypes.

Every girl either wants to be just like Kelsey, or be best friends with her. She has a strong sense of self, and her confidence and determination dominates almost any situation she’s in. She is the friend that keeps us all up to date on the latest trends and represents what a true millennial is: a small fish in a big pond just trying to make it to where she wants to go, and someone who isn’t afraid to help others along the way. She’s a totally likable character, and we all know a Kelsey Peters in our own lives, whether it’s you, your best friend, your roommate, or someone at work.

Josh, oh Josh. We all know a guy who is almost identical to him. Your typical boy in today’s day and age. Josh is often portrayed as an idiot, but you cannot deny his love for Liza. He’s playful, and an intense lover, but he has the fuck boy tendencies that screws him over time and time again. We’ve all dated someone like him, or been in love with one. And deep down we all wish we could have a Josh… He’s too irresistible.

We’ve all had that one boss that we bend over backwards to please, can’t stand, and who we eventually grow to have a decent relationship with. We also all know an older woman who desperately tries to act young, fails miserably, and only ages them more. Diana represents the Gen-X who rubs success in our faces, yet oddly guides us to have a career path like theirs, so that we can be successful, badass ladies as well.

After all the promos and Instagram teasers, I have a feeling season three of Younger is going to up the ante in more ways than one. We can definitely expect a new romance, a love triangle, more lies, possible new jobs, and potentially the largest secret about Liza’s life may be revealed. Regardless, I’m looking forward to seeing the misfortune of others and relating to the horrible things that happen in these characters’ lives.