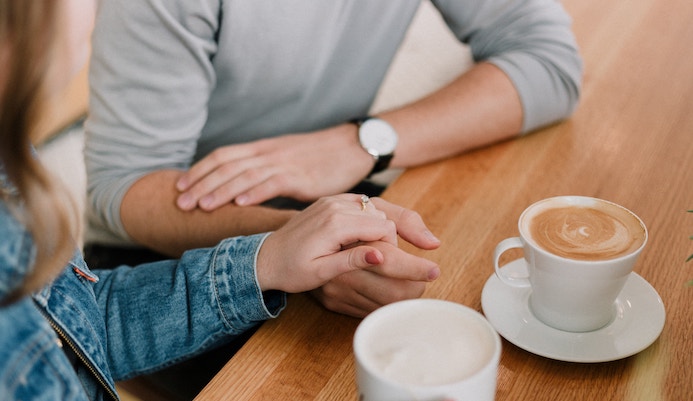 If you’ve ever gone on a date with someone who is recently single or still getting over an ex, it’s an experience you’ll never forget. Maybe I’m an idiot, or maybe I think each person will be different than the last, but I’ve had a lot of those, and let me tell you, they are the freaking worst. The signs the person on the other side of the table is still mentally with someone are the farthest thing from subtle and will be very hard to miss.

Before I go into great detail on how to notice they still have feelings for them or that they’re trying to get over them, let’s get one thing straight: if they are talking about their ex, it means their  ex is still on their mind and they are not over the relationship. Sure, if it’s the odd comment after a few dates or well into a relationship it’s normal, but on the first date or two, run while you still can.

Here are six things you’ll notice if your date is still getting over their ex.

The Topic Of Their Ex Will Come Up Frequently

No matter what the topic of discussion is, they will always find a way to bring their ex up in the conversation. They could talk about past dates they’ve had with their ex, vacation places they went together, or even beauty products they learned about because of their ex. It just doesn’t stop.

They Use Your Date To Complain About Their Ex

When your heart you tend to vent about them or talk about them a lot until you feel better. You also might need to just complain about them from time to time with friends. But not a person you go on a date with. And if someone does that throughout most of the date; get the f- out and run. They clearly aren’t over their ex and are just using your date as an outing and opportunity to vent about her to try and help themselves feel better.

Let’s be before we go on a date we usually already have the person on social media or have stalked them a few times first. Yes, it’s normal after a break up to hold off on deleting pictures because you just aren’t ready. But if they’re ready to go on a date with you, they should already have started the decluttering process. If every picture still has them in it, or their bio has their initials still, it’s a sign they aren’t over their ex.

They Want to Know If You’re Over Your Ex

If you’re going on a date with someone it should be assumed they are in fact over their ex, however, that’s not always the case.. Someone who isn’t over their ex will constantly try to hear you say that you are over yours.

They Want to Rush Into a Relationship

A lot of the time when someone wants to get over someone, they want to find someone new as soon as they possibly can. So if you notice that on the first few days of knowing them they want to rush into another relationship, they clearly just want to be loved or to show their ex they’ve moved on in a stupidly immature way.

They Literally Haven’t Stopped Talking About Their Ex

You’ll find yourself at a point in the date where you just want to get up and leave because you feel like you are just a therapist who is trying to get free food just to listen to some guy talk about a girl. You’ll feel like you were even part of their relationship because you’ll get to know her so well. And most of the time you’re together you’ll sit there thinking, “JUST SHUT UP FOR A SECOND AND STOP TALKING!”

Honestly, you’ll be able to tell quickly by how they’re handling their date if they are ready to move on to someone new or if they are still hung up on their ex. It’ll be painfully frustrating, but it will always make for a good lesson and a good story to tell your girlfriends the next time you see them. And if you’re already getting that vibe before you even go on the date, then don’t even waste your time by going on it because your intuition is probably right.

How To Make The Move From Online To IRL Dating