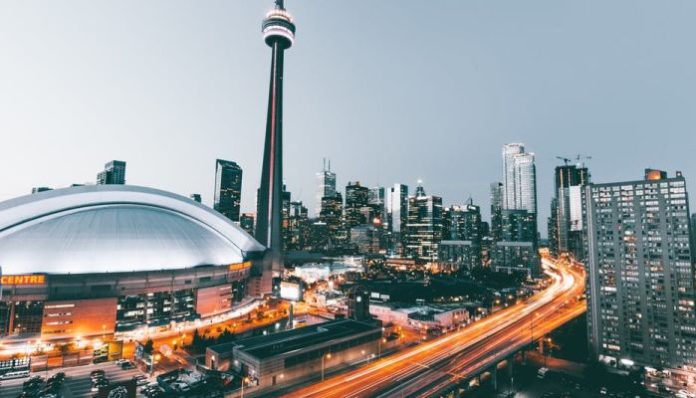 Global News reported that Toronto had an increase of tourists in 2017 due to international headlines such as being in the running for Amazon’s next HQ location and its political climate compared to the United States. However, the news outlet did not mention another significant factor: Drake. Ever since the rapper stepped into the spotlight as a musician, he has featured Toronto in his songs and visuals. He garnered admiration from locals and foreigners abroad. People from all over the world are visiting Toronto because of how Drake paints the city. He even added his own touch by rebranding this metropolis as “The 6ix,” surprising local university students at school concerts, and opening fancy restaurants.

Now Magazine announced that one of them, Frings, is closing. Many fans cried out on Facebook and Twitter that they will never have the chance to try it before the door shuts. If you were one of these fans, you still have some time. The restaurant officially closes this year on June 23rd. So make a reservation! If you’re not able to visit before then, take a breath. Drake’s touch is still around—plus Toronto has much more to offer! Here is the ultimate guide to exploring this Canadian concrete jungle:

HOTELS
It’s important to have a good night sleep when traveling. Choosing a cute hotel with an accommodating staff will make you feel comfortable and safe, providing you to be well rested and energetic for your busy day. Find out why these hotels made the list.

This hotspot has gone through major renovations and it was so worth it. The interior is both bougie and hipster, evident by featuring a vinyl record player in each bedroom. After spending the night, it is recommended to grab some brunch in its restaurant, The Civic, which has a classy and sexy atmosphere. This could also be said about its rooftop. Reservations for brunch are hard to get so plan ahead! 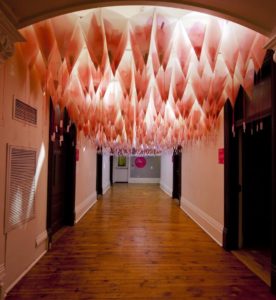 Feel special at this trendy boutique art hotel. Guests receive an exclusive experience since each room have a different theme by a different local artist. During their stay, they can also enjoy the in-house art exhibitions and have a laugh at karaoke night.

Stop by at Toronto’s first 5-star hotel to be treated like a celebrity. This is where Justin Bieber infamously spit off the balcony in 2013. Drake mentions the Hazelton as “The Hazy” in his song “Used To.” Every year during the Toronto International Film Festival, fans form a crowd outside in hopes of meeting A-Listers. And of course, this hotel has a restaurant led by a celebrity chef. Check it out here. Additionally, The Hazelton is situated in Yorkville, a neighborhood that you MUST explore.

BRUNCH
Start off your day in a happy mood by munching on something fulfilling and mouthwatering. There’s no time to be hangry on your trip!

Looking for a classic brunch? Mildred’s Temple Kitchen is the place to go. They are known for satisfying cravings, exceeding expectations, and offering the best pancakes in town. You can only walk in on weekends so try heading there early in the morning!

When you’re feeling adventurous, visit Maha’s Egyptian Brunch for a delicious and unique experience. Since the restaurant is on the smaller side and only accept walk-ins, I recommend you go when it’s warm because the line continues outside.

Stacks and stacks of dim sum

People often forget dim sum is a type of Brunch. The best place in Toronto for this Chinese favorite is found at Crown Princess Fine Dining. Dishes are served tapa style so they are best shared with friends. Tea and hot water are automatically provided so ask for cold water if you prefer the traditional drink!

ATTRACTIONS
I went through Toronto’s places of interest and striked out the tourist traps. Here are some signature sights that you must witness, or else you’ve never really seen the city.

It was once the tallest free-standing tower in the world. Now, it is known as Toronto’s iconic landmark, where Drake sits upon in his album cover. You can’t miss it! The CN Tower offers an adrenaline rushing activity, called EdgeWalk, where you can walk on the edge at the top with a harness on. Plus it has a rotating restaurant so you can catch the view of the city as you replenish. Conveniently, other attractions are nearby such as Rogers Centre (where you could catch a Blue Jays baseball game), Steam Whistle Brewing Roundhouse (a cool brewery you can take a tour of), and Ripley’s Aquarium (where Drake took Rihanna on a date hence the matching shark tattoos. 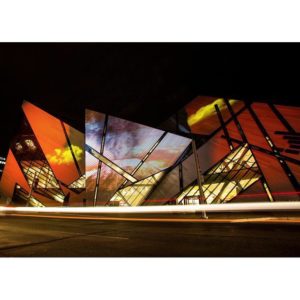 Dedicate some time to visit what Torontonians call the ROM. It has a spectacular structure imitating crystals which make amazing photographs. Plus they host parties on Friday nights, where DJs and artists perform while guests dance, eat, and drink.

Treat your eyes to striking artwork and to the architecture at the A.G.O. Admission is free on Wednesday nights from 6-9PM. Nerdy fact: The building was redesigned by world-famous architect, Frank Gehry, who was cool enough to make a cameo on your favorite childhood show, Arthur.

Appreciate the most diverse city in the world by discovering another culture at the Aga Khan Museum. Like the A.G.O., admission is free on Wednesday nights from 4-8PM. Plus it has Diwan, a restaurant that’s worth the visit.

Drop by at Casa Loma to see how the rich lived back in the day. Then light up your six senses at this rumored to be haunted castle by joining an Escape game where you are “locked” in a room with a group of people and solve clues to get out.

Historically an area designated to produce liquor is now a European style district of fancy boutiques, cafes, and restaurants. The Distillery District often have modern artwork on display and is the host of Toronto Christmas Market. Thus it gets busy during the holidays so it’s best to visit in the warmer months.

QUICK BITE
Part of Toronto’s identity is affordable top-notch food. Spoil yourself with some of the best “snacks.”

Heirloom has been making a name for themselves by offering Cheesecake On A Stick, which is Toronto’s current version of a cronut. What many don’t know is that they also have a food truck selling delicious savory creations. Their Szechuan Fried Chicken Sandwich knocks it out of the park. On their website, find out when and where Heirloom will be, to catch them before they drive off.

What happens when a chemical engineer enters a kitchen? Strange but yummy ice cream flavors such as corn on the cob and pad thai. Be adventurous with the menu at Death In Venice and you won’t regret it.

With a hot date. With my valentine. #drool

You’ll be sure to lick your lips after taking a bite of the French-inspired pastries at Roselle. This small bakery was started by Steph and Bruce, a couple who got together abroad while working in Michelin-starred restaurants. And I dare to say that their love is evident in their creations.

SHOPPING
A fitting activity for those from smaller towns is seeing what brands and fashion are available in the city. If you intend to spend, reserve full days for these money grabbers.

We hope you are having a safe and happy long weekend! We're open from 9:30am to 9:30pm today, come visit! #CanadaDay #LongWeekend #TorontoStyle

This downtown shopping mall is the easiest place to shop. It has the all the well-known stores from varying price points. Plus the attached Nordstrom offers coat check so you just drop off your jacket and peruse the rest of the mall.

If your budget resembles the sky, Yorkville is where you should go. This neighborhood has the essence of Europe with high-end boutiques, fancy restaurants, and adorable cafes. It is close to Bloor Street, Toronto’s version of 5th Avenue. Nearby is Holt Renfrew, Canada’s luxury department store.

This busy street is lined up with shops with all the trends — and ones you didn’t even know existed. In 2014, Vogue listed Queen Street West as one of the coolest neighborhoods in the world.

St. Lawrence Market is officially on Instagram! Tag us in your Market photos!

Not exactly the place to purchase your next outfit but St. Lawrence Market is a shopping center of its own. You can pick up specialty food items like Kozlik’s lemon with basil mustard and bring home charismatic fashion accessories.DINNER
Make sure to celebrate your trip with good food and company. Here are places that prepare meals with a lasting impression.

Have your mind blown at this cozy restaurant that cooks up a mean dish of Chinese-Canadian cuisine. Even the least adventurous eating people rave about this spot.

It will be difficult to feast on the contemporary Eastern Mediterranean fare at Byblos. Not only are their dishes appetizing, they are works of art you’ll feel hesitant to ruin with your utensils.

Fall in love at El Catrin. It is known for one of the best places to eat with a date. This is because of their amazingly authentic and modern Mexican options and fun atmosphere.

No one knew vegan could taste this good until Planta came along. Their plant-based menu does not contain the typical salads. It has all your favorites with alternative ingredients and a twist on top!

Refresh your palette at this nautical-themed restaurant. They have the best seafood in town. So be naughty and commit the sin of gluttony here! No one will judge you.

Spending your evening at this hangout is the perfect way to end your day. It has creative cocktails for a delicious buzz and a pretty picture you can raise your glass in.

My last traveling tip for you is to use the TTC, our public transit system, to get around. It was named the best transit system in North America. Many locals laughed about it (I was one of them), but we definitely take our transportation for granted. The map is easy to follow and the people who work there are relatively nice. And of course, other Canadians will tell you that there are way more great places to eat and sightsee in this city. But who has that many vacation days? Comment below if you do and I can recommend additional activities for your time here. Enjoy!

4 Qualities You Absolutely Need To Get Your Dream Job