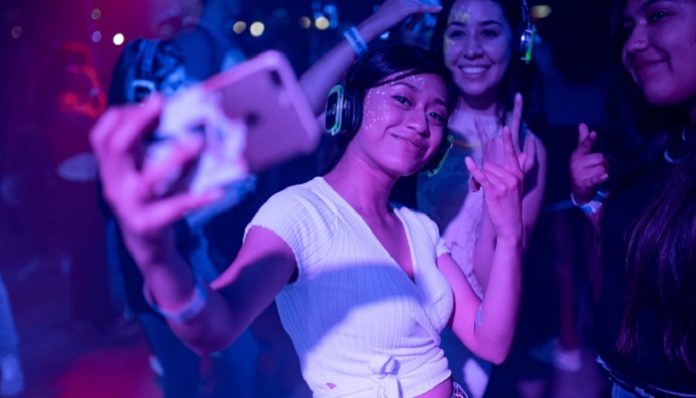 I love being a millennial, I genuinely do! However, there are a few things that absolutely frustrate me about being a part of Generation Y, aside from the older generations constantly judging us and negatively labelling us. I wasn’t the only one who had a few pet peeves, so I went to social media and asked, “What makes you go ‘WHY’ about your generation?” These are their hilarious and unique responses:

Nate, 25: “Does anyone actually post pictures of their food anymore? What a stupid question… I just saw 3 frozen yogurt pics and a fine-looking box of doughnuts on my Instagram feed this morning!”

Joanna, 22: “It doesn’t make you look cute when you’re going on a rant about how horrible your ex is, or how many presents your best friend gives you on a daily basis. It makes you look over dramatic and draws the wrong kind of attention.”

Matt, 21: “Theoretically speaking, a goal is something you work for to achieve. How do you work towards finding someone and treating them as an accomplishment?”

What is the big fascination with the term “relationship goals?” Hows does posting a picture on Instagram of your feet on someone’s lap while they’re driving the definition of a relationship? Whatever happened to having a great personality or a loving heart? For all we know this guy in a suit could be committing a crime and driving a stolen vehicle in a suit that isn’t his. Just saying…

Jacqueline, 25: “Do you like having oddly shaped nails that make your fingertips look like an alien’s? I certainly don’t…”

Brianna, 23: “I love my phone too, but not to the point where I’m constantly talking about it, and judging people for their choices of which one they have. As long as it has similar functionality it shouldn’t matter.”

Mark, 24: “There is no need to judge people whether they love Android or Apple phones. But it is okay to judge them for loving it as much as I love mine. That’s acceptable, and I’m okay.”

False Hope of a Hardworking Man

Mohammed, 22: “Women have unrealistic expectations of what a true successful man is. They want someone with dedication and a success story, but aren’t willing to be along for the ride from the very beginning. They expect to get in a relationship and have a hardworking man who can provide from her from the very beginning, and it rarely works that way.”

Ladies of this generation are forever saying they want a hardworking and successful man, yet they aren’t willing to deal with the consequences of dating one. If you want a hardworking man, you need to understand that he will work long hours and won’t have much free time. And dirty hands are a sign of a hardworking man so if you don’t like dirt, find a new guy.

Marcus, 25: “Exposing someone is such a low blow. I don’t care if they stabbed you in the heart and tore you to shreds. You don’t do that just to get revenge. Once it’s on the internet it’s there forever.”

Melanie, 22: “It’s different if it’s a funny picture of myself and I’m okay with them posting it. But if it’s someone you don’t know, or someone you want to get back at that’s just catty and not funny.”

What’s with the Netflix obsession?

Yes, I get that it’s awesome to binge watch an entire series on your vacation, but is it really necessary to be that addicted to Netflix? There’s something painfully annoying but thrilling about having to wait another week to see a new episode.

Being particular about their significant other’s job

Jamie, 21: “As long as they’re not a stripper, pimp, or drug lord, than their job shouldn’t matter.”

Why must you Snapchat every single aspect of your life?

Brie, 21: “I understand it’s what Snapchat is for, but I don’t need to see the sunlight coming into your room when you wake up, your coffee being brewed, the mug you have your coffee in, your outfit in the mirror, a selfie, and the traffic before you get to work all before 10am. Enjoy life without a screen in front of your face!”

Not liking the funny guys anymore because they aren’t “tough”

Kira, 21: “Just because someone is funny doesn’t make them undatable and a reason to be in the friendzone. This mentality of funny men/women not being tough enough to be masculine is stupid!”

There is absolutely nothing wrong with funny people! They’re so much better than the serious and sophisticated type. There’s something so charming about a good sense of humor!

Erin, 21: “LOL when people think it’s okay to hashtag everything, including the word #hashtag.”

Jesse, 25: “There’s this crazy part of our generation who post and do things only for show. And they do it to gain popularity from others. It’s easy to post things online to make yourself seem a certain way, but I don’t get why people do things for show and not out of the goodness of their hearts. My faith in humanity has been shaken for the future.”

Olivia, 23: “People have lost who their true selves are. Girls spend a lot of time over-analyzing their social media pages, plotting the perfect caption, correcting the colors a certain way and only choosing content that will make them gain popularity. If you love Hannah Montana and want to post a throwback pic from the first season, just because, do it. Stay true to your genuine self and stop trying to fit in and gain more followers.”

Britney, 21: “Posting pictures of your dying grandparents isn’t something that makes me go, ‘oh you’re such a saint for visiting them for the first time in years’, it makes me truly go, ‘how disrespectful posting a picture of them in a horrible state for the rest of the world to see’. They wouldn’t want those to be taken or shown to anyone, so why do it? If they had the right state of mind or the ability to tell you no, and you know they would, don’t be disrespectful.”

As much as we complain about our generation, we still do love most things about it. I mean, we can tell our kids one day, “When we were your age, Pluto was a planet,” and the “yo mama” jokes when we’re actually parents will consist of, “Yo mama’s so old, she’s older than Facebook,” and it will be true. But until then, enjoy your youth! And remember what Kevin G says