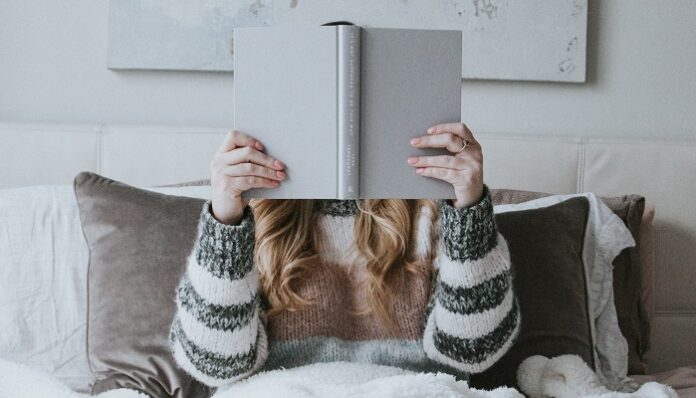 It’s been years since I first picked up the book that would change my life, but its themes still stick with me. “The Sea Wolf” by Jack London is a 1904 ocean adventure and psychological coming-of-age story.

The protagonist is a literary critic and scholar named Humphrey Van Weyden, who finds himself rescued from drowning by the fearsome Captain Wolf Larsen, a seal hunter/trader and the antagonist. Larsen has Van Weyden work on the ship rather than return him home, and Van Weyden is helpless but to face the horrific brutality of nature and the hardship of the working class as he grows as a man. But eventually, he can use what he has learned to escape.

I read this book when I was a teenager, after finding it at my local library, where I spent most of my time after school in my small town. My mother had always told me that if I wanted to be a good writer, then I had to be a good reader. This book was my introduction to recreationally reading classics outside of the classroom.

From there, I read other works by London, and then other famous classic works. It was London’s vivid imagery and depiction of backbreaking labor that felt so real I could feel it, London’s mastery of language and rhetoric that flowed through pages of drama and action, that made me want to become a writer.

My life was changed for the better when I picked up this underrated book, and found a passion for words in storytelling.

The further I got into the novel, the more intrigued I was by the ideas of philosophy, religion, and ethics that the two characters were always butting heads about. While “The Sea Wolf” is full of adventure and violence, there are also breaks of deep introspection and long debates.

Wolf Larsen proves that everything Van Weyden thought about the working class was wrong by showing deeply personal critical thinking on what makes a man, and what men make society.

London often writes of how indomitable nature is. Man does not command nature, it commands man. And while this theme is again present in this novel, there are others as well that are more nuanced.

Ideas of socialism to break down barriers between the academic elite and the working class rung with me. London’s more racist thoughts echoing subtly throughout, less so. But the main theme that changed how I wanted to live my life could be boiled down to a single word: Resistance.

Resistance is the catalyst of passion, it is what infuses a person with desire or loathing. “The Sea Wolf” taught me that to exist in this world, we must act on it.

With that triumph in my mind – that I am a person who acts and feels, that I am the universe as much as anyone else I meet – it changed how I go about life. I try to make things better for others and myself. I see struggle as something that I must stand up and face, and be unafraid of the consequences. As editor of the Forward of my edition Tom Doherty Associates puts it, “This is what London is trying to tell us. He is saying, ‘This is your world. Look at it. Act on it.’”