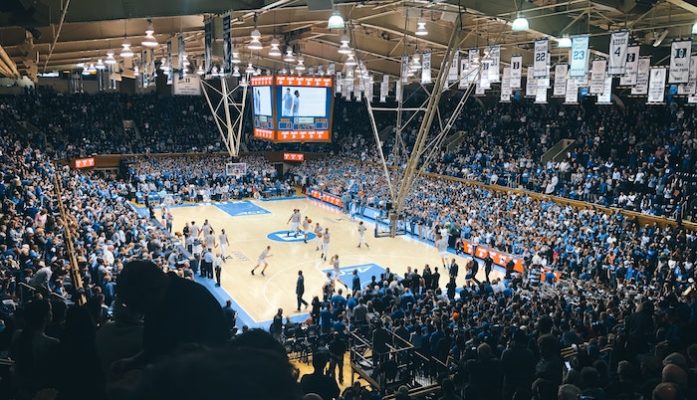 When Coach Mike Krzyzewski (Coach K) announced his retirement from leading the Duke Men’s Basketball team, I was upset, but a season of potentially 40 games felt like a long time across which to spread my sorrow. On Saturday night, Coach K’s 42 season career at Duke came to an abrupt end when “The School That Shall Not Be Named” ended an incredible tournament run.

In October 2013, I attended Countdown to Craziness – an exhibition game between the members of the Duke Men’s Basketball team. That day I vowed that I would never miss a game.

Since then I have watched every game live that I was physically present for, and viewed every other game via television, live stream, or FaceTime. Duke Basketball meant more to me than anything else – it still does.

My sophomore year when there were racial tensions escalating on campus, a national championship brought everyone together. When I was abroad and lonely, Duke basketball made a foreign country feel like home. After graduating, games kept me connected to the school that meant so much to me.

I have changed flights around games; I’ve abruptly left classrooms and conference rooms to wait for and watch games; I have pinned my entire life’s happiness on the success of the Duke Men’s Basketball team.

Duke basketball is the reason for my highest highs and my lowest lows. In 2018, when we lost to Michigan State in the Elite Eight, my team of 40 at work maintained absolute silence as I cried in my cubicle. Despite many of my coworkers having attended MSU, out of respect, they let me be.

When Duke was placed in the Western Region this year, I assumed our season would be over before the second weekend. Duke had maintained a 0-5 record in the Western Region. Although our first game was against the 15-seeded Cal State Fullerton, a Round of 32 matchup against MSU didn’t bode well.

Against all odds, we made it to the Sweet 16 and miraculously beat the incredibly talented Texas Tech team then the unstoppable Arkansas Razorbacks in the Elite Eight. I couldn’t believe that we were going to another Final Four – and that we had broken the Western Region curse…with the youngest team Coach K has ever led.

As UNC defeated Saint Peter’s in their Elite Eight matchup, I dreaded the Final Four weekend. Losing to any team is painful, but losing to the most hated and vial university would be absolutely crushing. I went to work shaking each day dreading the inevitable.

I decided to drive to New Orleans to witness Coach K’s last game(s). I had a sinking feeling the entire drive that I would be returning on Sunday disappointed but hoped that we would be able to pull it off.

Sitting next to rude fans yelling in my face every time UNC scored a basketball, my heart sank deeper and deeper as the clock counted down. At the one minute mark, I curled up in my chair, pulled my hat over my face, and began slowly crying.

Once I heard the buzzer, I began viciously sobbing in my seat wishing that everyone would just go away. Hoping that it wasn’t real.

But it was real.

Today is Monday, and I am sitting in my chair at work with tears streaming down my face every 25 minutes. I deleted my social media accounts and silenced my phone.

It may seem ridiculous to an outsider, but Duke Basketball has been there for me and means more to me than almost anything else in my life. It’s more than just a sport to me. Coach K has led Duke to 5 national championships and has been a staple at the university for longer than I have been alive.

I honestly can’t even picture turning the television on in October and seeing a bench without Coach K at the end. I don’t want to picture it.

All I want is to be celebrating in New Orleans, watching my favorite team cut down the nets.

Photo by Ian Mackey on Unsplash