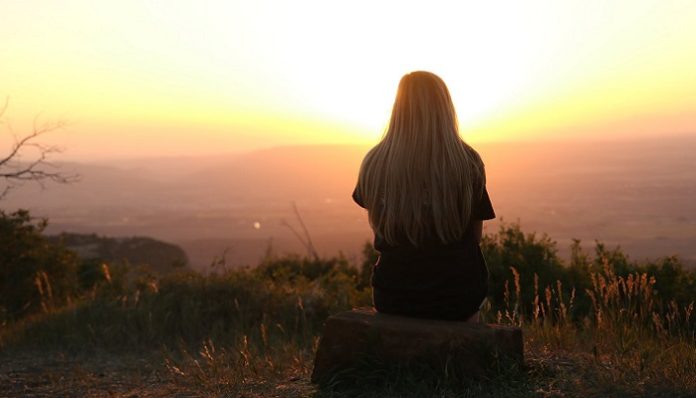 Not everyone you meet in your lifetime is meant to stay with you forever. Some stay longer than others, and some go as swiftly as they arrived. At first, of course, you’d have a hard time coping when people leave your life, especially if what you were really hoping for was for them to stay. It can be hard to say goodbye sometimes. But as time goes by, you’d realize that things always happen for a reason; you’ll learn that some people go because they are meant to go.

Some people leave quietly – no arguments of any sort, just fate, itself, doing the work and saying goodbye for you.

It can be because one of you had to move someplace else and the communication dwindles bit by bit until the phone line just turns completely silent. They leave so quickly and quietly that you don’t even notice until you see them one day and remember that you once had their phone number memorized. But by that time you know that things are over and done already, and there’s not too much you can do to change that. They’ve moved on with their lives now, and so have you.

There are others, though, whose leaving leaves you in pieces. Their departure is terribly chaotic because you try with all your might to make them stay, only they couldn’t and, sometimes, they just wouldn’t. It would hurt so bad, you’d feel as though life is testing you. And maybe it is. Maybe that is life’s way of telling you something you need to learn. You wouldn’t know that immediately, of course. You’d have to go through phases of grief and loss first before the message comes across to you that it is okay to live life without them and the time in between that would be where the learning process takes place.

You’ll have to wake up morning after morning thinking about what you did wrong to make them leave you the way they did.

You’ll have to fight your way through all the memories because a lot of things remind you of them – a song, a movie, a certain scent, anything that you associate with them. A lot of things make you think of them and if you don’t think that that’s the hardest challenge of all, then I don’t really know what is. But we have to go through all of this pain to come out on the other side.

You’ll go through a lot of things but I know that you’ll find the strength in you to heal and get better and grow from this experience. You’ll have to help yourself find a way out of the vicious cycle because you have to realize that there is a slim chance for them to suddenly go knocking on your door to be let in again.

It will feel as though you’re going in circles, but I promise you that eventually things will turn out fine. You’ll be fine. Even if it takes you weeks, months, or even years to get used to the feeling of not having them around, know that everything will be okay in the end. Even with your struggles, you’ll wake up one day with different thoughts in mind – thoughts not involving those who left you behind. One day you’ll wake up and you’ll be just fine.

In the end you’ll thank them for teaching you that your life should never revolve around other people.

You’ll thank them because you would realize that goodbyes are meant to teach you a thing or two about life; it’s just a matter of when you will unveil the lessons for yourself. Once you realize that your main focus should be on you, you’ll begin to see the reasons why you were better off without them.

And by the end of it all, you’ll be surprised to know that only these enlightenments would remind you of the people from your past. Not a song, a movie, or a certain scent – just brand new wisdom.