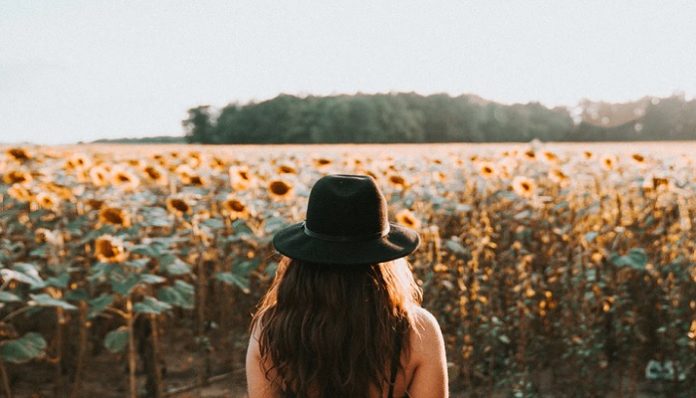 By the time you reach your twenties, you have somewhat of an idea of where you want your life to go. Then, by your mid-twenties, you should have an expectation of where you should end up. But just because you have an idea in your mind doesn’t mean that your plans will unfold the way you expect, feel or want them to.

The unanswered questions we all have surrounding our lives can be tricky to figure out. Whether you’re checking in with yourself to see how life is going or you’re feeling the pressure of running out of time, it’s always at the back of your mind. Am I there yet? Why aren’t I there yet? What will happen if I don’t do this or get there?

The truth is, we all go through it.

Some nights you will feel as if you fell behind in life. You could be laying in bed on a Saturday night scrolling through your Instagram feed seeing all those pregnancy and engagement posts. You could be on vacation watching a couple around your age have the time of their life together while you’re with your family. Or you could be at your desk watching someone younger than you get the promotion you were working your butt off for. Sometimes it just feels like everyone else has figured out their lives and is on the right path — everyone except for you. And it hurts.

It hurts when people accuse you of being jealous of your friends who are getting the opportunities you’ve been waiting and working towards. It seems as if no one else can see why you’re frustrated. You don’t want to say it out loud in fear of seeming ungrateful and envious so people think you’re not happy for them because you aren’t screaming and jumping up and down.

This bitter label hurts almost as much as the rejection you feel in life overall.

That feeling of being stuck is draining, to say the least. Life feels repetitive, you feel like a failure (even though you have no reason to feel that way), and you feel far behind with no chance to catch up with the rest. It’s not like you’re sitting around doing nothing and complaining — instead, you’re working hard but you see no results. It feels as if the world is against you and no matter what you do, life won’t work out for you the way you want it to.

Of course, you won’t always sulk in your depression.

You’ll have many reasons to celebrate and will continue to work on your own success. Just because you haven’t found your niche yet doesn’t mean you don’t have blessings and accomplishments to celebrate. If you do fail though, you allow yourself to feel sad. But you don’t dwell on it for longer than you have to. Instead, you learn from it and move on.

Despite the pressure you feel at times, it’s important to remind yourself that you aren’t like everybody else. You don’t have to have your entire life planned out in your twenties. After all, the best things in life happen when they’re unpredictable. f things change drastically and super fast, you’re being put on that path for a reason. And after those growing pains are over, you’ll be so damn glad it happened.

Embrace being flexible when you feel unorganized and chaotic.

So be proud of how far you’ve come even if you aren’t making six figures or planning your dream wedding off of your Pinterest board. You have opportunities that others don’t. And you’ll probably go farther than those who are settling for the first shot of a fairytale life they get.

You have a strong head on your shoulders. You work hard. And you love even harder. You think before you speak or act. You are aware of what you want in life, and you are determined to get there — you are not lazy and you are not jealous. Instead, you have your shit together. And you are not alone. So many other amazing young women go through the same thing as you, but no one ever wants to talk about it. So continue to work on your goals and don’t stop dreaming — they will come true when you least expect it and you will not be stuck forever. I promise.