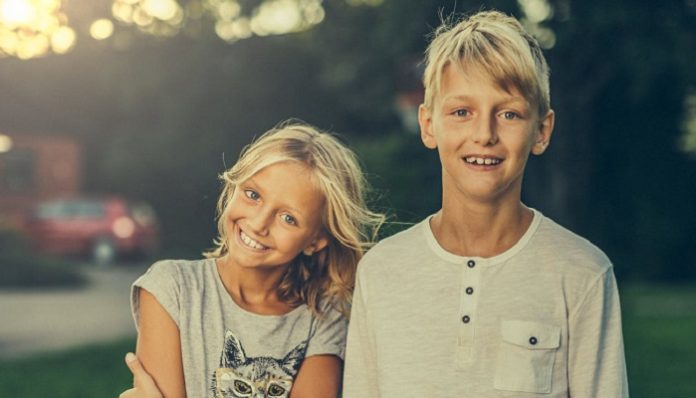 I am my brother’s keeper. If he called me at 3 AM needing me, I would drop absolutely everything and be there for him. It’s been that way since he was born. I remember my parents bringing him home from the hospital and letting me gently stroke his little head, being careful to avoid the soft spot. I loved his baby smell and how small and fragile he was. From that moment on he always had, and still has, a special place in my heart.

But something I’ve learned from being the oldest is that my advice won’t always be taken. During recess, I chased away the bullies and played soccer with my little brother. I introduced him to my friends and made him feel included so he would never feel the sting of sitting alone at lunch. I always wanted to protect him before he ever even felt the loneliness that I felt. I told him time after time whom he should be friends with and tried to pressure him into being who I wanted him to be. I forgot that he was his own person.

As time progressed, I left high school as he entered it. I had spent fourteen years of my life being an over-controlling older sibling that I felt so much anxiety watching him enter a new chapter of his life without me. During my first year of university and his freshman year of high school, I would text him almost every day to make sure he was “fitting in” and making the “right” friends. I never once thought to myself that my advice would be tossed aside and forgotten. I wanted him to be just like me but better. I wanted to shield him from all the bad and only feel the good. I became blind to reality.

It took me a long time to realize that I am not responsible for my brother’s decisions. His mistakes are not my mistakes and his experiences are not my experiences. I could give him advice but ultimately he will do, and still does, what he wants to do. I have always felt like his “mistakes” were my fault because I didn’t do enough for him or guide him in the right direction. I still sometimes do feel that way. It still hurts me a lot to see him hurting but I know that he will learn from his experiences and be the person he is meant to be.

I would still consider myself a bit of an over-controlling older sibling but I do it more from the sidelines now. I’m that crazy (fierce!!) big sister that ferociously defends my little brother to anyone who does him wrong. But I have also come to terms with the fact that my brother is who he is and that is neither my fault nor my doing.

Be your sibling’s keeper but remember that their life is not yours. Give them advice when they ask for it but recognize that your advice may not be taken. They must make and learn from their own mistakes no matter how bad they may be. The best thing you can do for them is to just be there for them unconditionally and listen rather than talk. Be the example but don’t ever overshadow. Love them at their worst and their best. The best sibling is the one always waiting with a hug.

Why The Number Of People You Sleep With Does Not Define...

Why Social Anxiety Is More Than Just Being The ‘Quiet One’